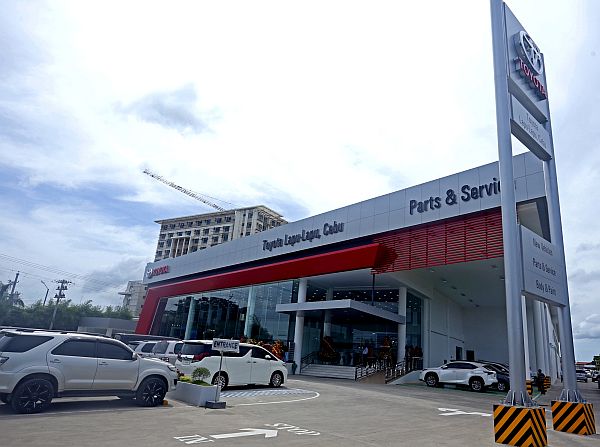 The Toyota Cebu Group found its place in the City of Lapu-Lapu, providing convenience to Toyota customers in this Historic Resort City.

Toyota Lapu-Lapu, Cebu was unveiled last Monday located in Sitio Hawaiian I, Barangay Marigondon. It is the seventh dealership under the Toyota Cebu Group. The other dealerships are in Cebu City, Mandaue North, Mandaue South, Talisay City, Dumaguete City and Tagbilaran City.

In his welcome speech, Cuenco said the Toyota Cebu Group is delighted to serve customers from Lapu-Lapu City.

“It is stressful for our customers in Lapu-Lapu to travel to our branches in Cebu due to traffic. Because of that, we brought ourselves closer to them so they could avail of our services without going through the traffic in both bridges connecting to mainland Cebu,” Cuenco said.

Mayor Radaza, meanwhile, said that Lapu-Lapu City, which, based on the 2016 census, has a population of 467, 824, did not mind opening its doors to Toyota’s new branch since the people in the city could benefit from it.

The new dealership sits on a spacious lot and has a showroom that can accommodate 14 vehicles. It also provides full service and genuine spare parts for Toyota vehicles.

Toyota is still the market leader in the country so far, accounting for 44 percent of the market year-to-date, according to a report from the Chamber of Automotive Manufacturers of the Philippines Inc. (see story below).