How festive food is taking a creative and charitable turn

Tablescapes have changed for the better. At least compared to how tables were in my day.

I come from a generation where carefully carved fruits and vegetables made into decorative objects are the height of food art. A carelessly tossed slice of pineapple makes a ham ready for the Christmas table, and literally a cherry on top of every dish makes it worthy of the season.

And then there’s the special holiday set menu from The Pig & Palm, awash in purples of red cabbage purees and deep beet reds, golden browns from roast chicken, the earthier chocolate shade of inventive desserts, the Christmas shade on the sous vide pork, and the herb greens — sprinkled generously, and this time, mindfully.

Because it is off menu, it requires a minimum of four. Which is perfect, really, as each one can order a different item from the three choices from appetizers (beetroot and vodka cured salmon with horseradish and a mustard yoghurt; chicken liver parfait with a toasted brioche and onion jam; or duck agnolloti with an onion puree and oat crumble), main course (braised pork belly with red cabbage puree, spiced apples, and granola balls; roast chicken with fondant potato, cauliflower, and cheese puree; or a pan fried parrot fish with English peas and a lobster bisque), and dessert options (chocolate fondant with Christmas pudding ice cream; house tiramisu; chocolate and orange bread pudding with a mulled wine poached pear).

So, yes, one can have the entire menu at one sitting, if you don’t mind eating off my plate, thank you. 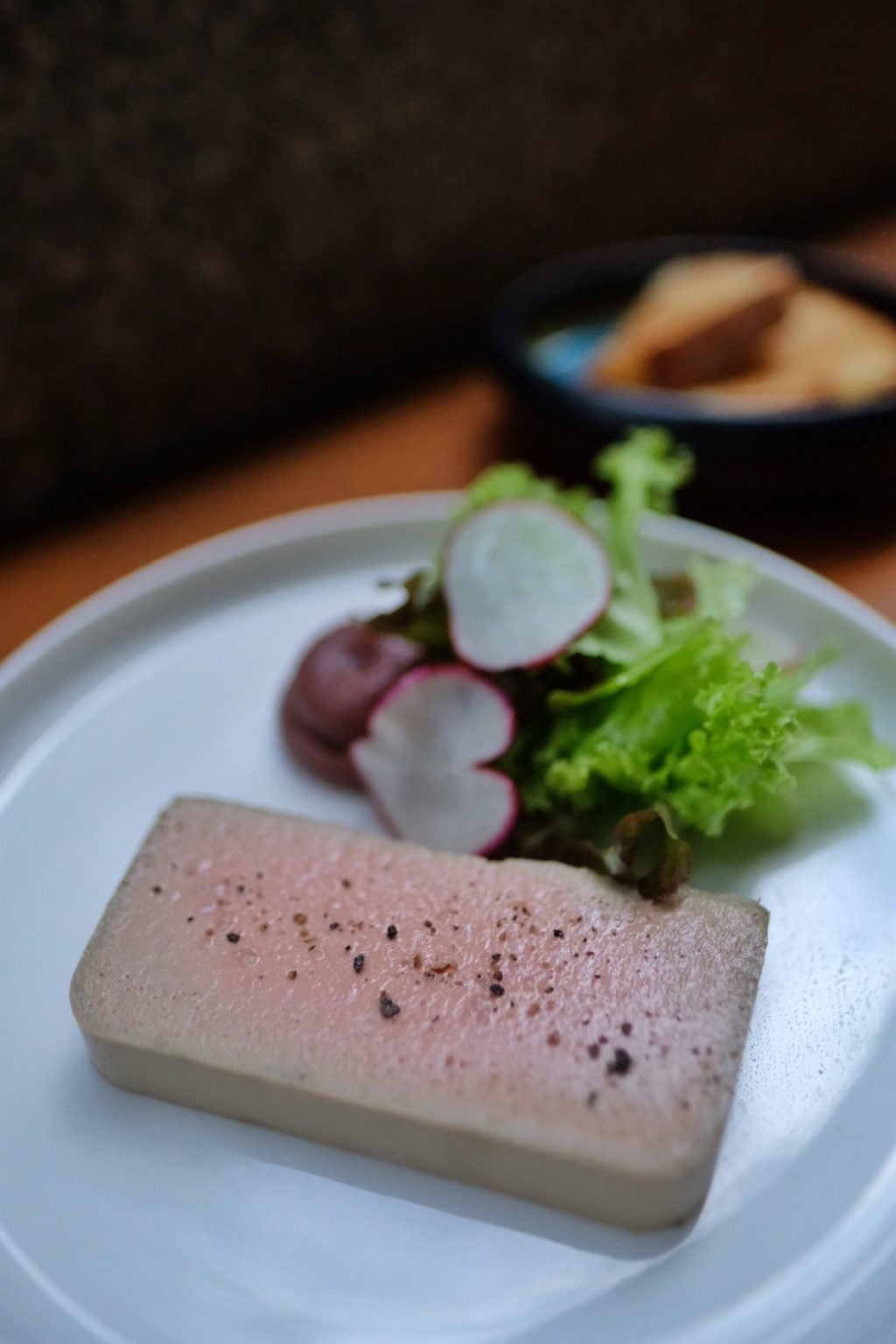 I washed my tasting portions down with mulled one, a traditional winter drink in the United Kingdom of spiced wine… with heady flavors of cinnamon, ginger, cloves, a bit of pepper, nutmeg, and even galangal, served warm.

The tables at Resorts World Manila have a different take on Holiday Eats, tugging on the heartstrings of diners as proceeds from every order of their LOVE Dishes goes to their three charities: COR Foundation, Pasay City Social and Welfare Development Office, and the Right Start Foundation. But they serve up a story and a celebrity face with each one, which I appreciate.

The MTV star of my generation, Donita Rose, who is now a chef, shared her recipes for Ginataang Chicken Adobo at the RWM outlet Silogue, while her Creamy Mango Strawberry Jelly is at their Impressions French restaurant. Writer and host Stephanie Zubiri-Crespi’s Sambal Porcini and Mixed Mushroom Farfalle (my personal favorite among the dishes) is also at Impressions.

Meanwhile, actress Dimples Romana’s Salted Egg Prawns are a main draw at Passion restaurant, while Luigi Muhlach’s Sinuglaw sa Aligue (a sourish
ceviche with crab fat) is at both The Terrace and Bar 360. Actress Meg Imperial’s parmesan-crusted Chicken Breast came with Luigi’s in a sampler, but is available at Café Maxims. 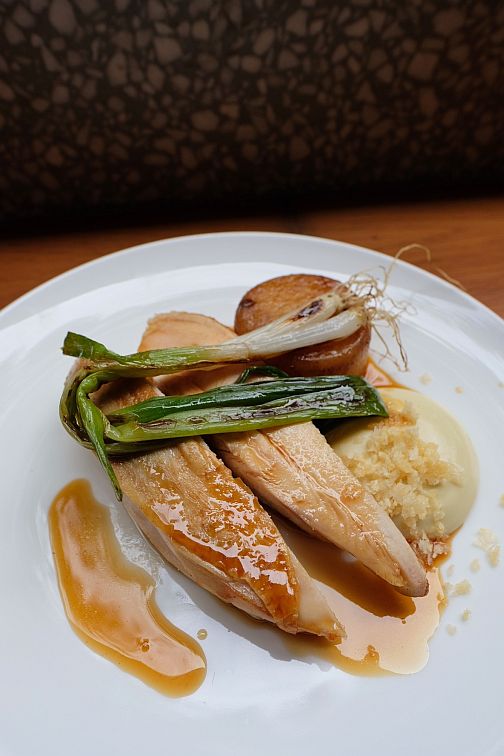 It’s a clever and inventive way to get you to eat at all their outlets at the Resorts World Manila. And because it goes to a good cause, the only thing that will hurt after the holiday indulgence is your waistline.

But there’s always the New Year to turn a Ketogenic new leaf, eh?

(The Pig & Palm’s holiday menu is available for P1,600 a head for a minimum of four people. Resorts World Manila’s LOVE Dishes are in their select restaurants until Dec. 31 this year)