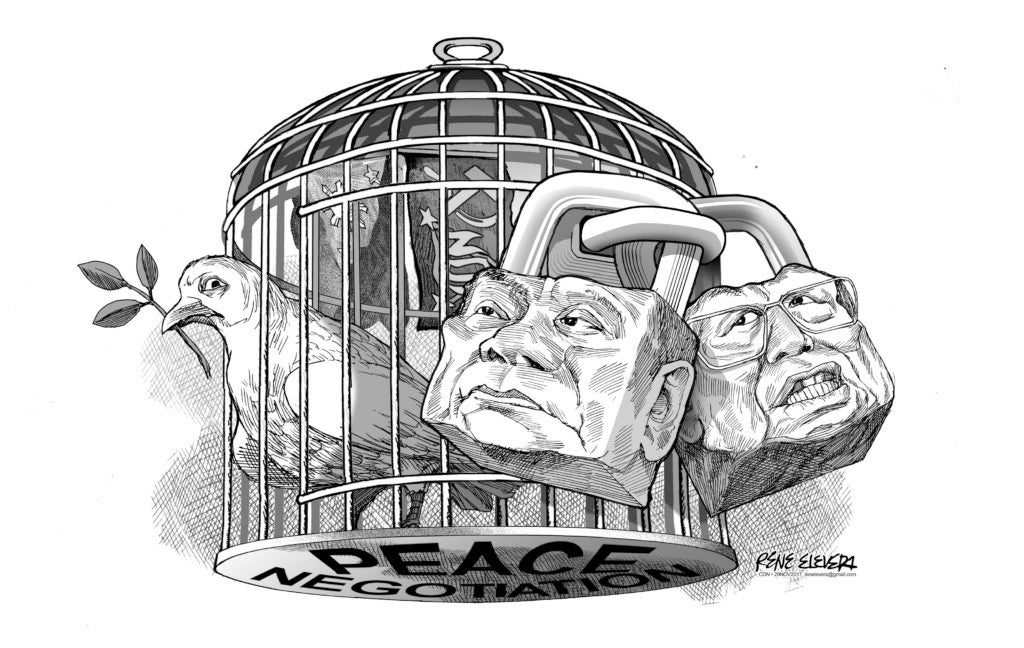 It was only a matter of time before the national government cancelled yet again the peace talks with the Communist Party of the Philippines-National Democratic Front-New People’s Army (CPP-NDF-NPA) and it won’t be the last time that talks will be shelved until both sides agree to some common ground in order to resume it anew.

There’s nothing new with President Rodrigo Duterte’s reason for canceling the talks, only the warning he issued to troops that he expects the NPA attacks to become “virulent” and that the military should expect tougher times ahead.

Again, the military is somewhat used to this and in fact, the war hawks among the military’s hierarchy are only too happy with this latest predicament while the troops can only resign themselves to the possibility of no Christmas or New Year breaks as the communist rebels prepare to launch fresh offensives in the countryside.

As far as Cebu and the rest of Central Visayas is concerned, the assessment is that the province is generally free from NPA infestation though the bigger concern is on Negros Oriental, which had recently been reintegrated back into Region 7.

It was in Negros Oriental where a police chief and several of his men were ambushed by communist NPA rebels in July. The NPA justified their attack by claiming that the police chief allegedly committed several transgressions against the people without bothering to list down and substantiate their allegations with incontrovertible evidence.

These attacks are but a facet of a much larger and much abused strategy employed ad nauseum by the CPP-NDF-NPA to lay the onus of the blame on whatever administration is in power at the moment.

This time, they are using the Norwegian government, which is said to be mediating the talks, as leverage to press their demands on the government.
To be sure, it is the CPP-NDF-NPA that carries the burden of proving they have popular, uncontestable and certified public support for their cause and not the other way around.

They try to drum up their mass-based support to legitimize their status as belligerents despite their failure to support them and they are reduced to being bandits that extort from companies whose equipment they torch in exchange for so-called “revolutionary taxes” that are in reality protection money.

Unfortunately for the communist rebels, the public doesn’t see it their way and would rather let the democratic process take its due course rather than submit to their propaganda.

To be clear, it is the CPP-NDF-NPA and not the government and the people that it represents that faces the onus of proving beyond doubt their sincerity and commitment to peace.

They can start by canceling their offensives and return to the negotiating table on their own volition and not through treacherous ambushes that have lately claimed the lives of innocents including babies.