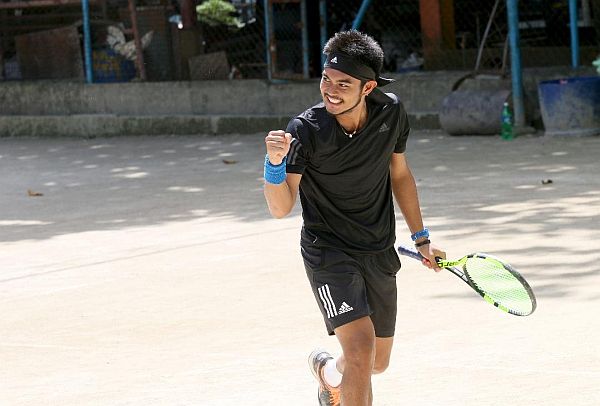 The 18-year-old Seno who hails from the town of Bogo, northern Cebu, described his title match against Syabil as nerve-wracking as he had to crawl back from an early deficit.

“It was a tough match, I really didn’t expect I could really pull it off because he was already leading,” said Seno who was the champion in the Asian Tennis Federation 14 under Series in 2013.

However, once Seno took the upperhand at 6-5, there was nothing Syabil could do to deny the Cebuano from snatching the crown.

“I gained my confidence when I took the lead,” said Seno who was trying hard to check his emotions.

It was in 2015 whent Seno started hogging the international limelight when helped Sand Creek High School end the 15-year reign of Cheyenne Mountain High School in Class 4-A Region 6 during his short stint in the US. He also won the 8th Mallaca ITF Internatioal Tennis Championship that year.

After Thailand Seno will be joining the annual men’s open of the Palawan Pawnshop-Palawan Express Pera Padala in Naga City, Cebu.