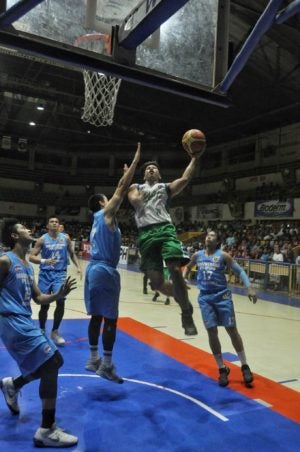 Barkey Ebona converted a putback with 0.6 of a second remaining to push the Cebu Landmasters-Bogo City to a heart pounding 77-76 victory over PBA D-League squad Marinerong Pilipino Skippers in the final game of the elimination round in the Cebu City Sinulog Cup Basketball Invitational Friday night at the Cebu Coliseum.

The win completed a sweep of the elims for the Landmasters as they finished with a 4-0 win-loss record for a seat in the finals.

The Skippers dropped to 2-2 and into a three-way tie with the UC-M. Lhuillier and the USJ-R-May Abohan.

But the Skippers notched the other ticket to the finals as they came away with the superior goal difference of +7. UC was the closest to them with a +6.

Read Next
Devotee City opens on Friday for at least 3,000 transients