SC asked to intervene in filing of raps vs Aquino 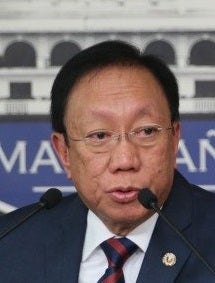 Government lawyers yesterday asked the Supreme Court (SC) to order the Office of the Ombudsman to charge former President Benigno Aquino III with reckless imprudence resulting in homicide for the death of 44 Special Action Force (SAF) members in the bloody Mamasapano clash three years ago.

He also urged the high court to stop the Feb. 15 arraignment of Aquino, Purisima and Napeñas before the Sandiganbayan while this petition is pending with the SC.

The three officials are facing cases for usurpation of official functions and violation of the Anti-Graft Law. But the Ombudsman dismissed the case for reckless imprudence resulting in homicide.

“The act of public respondent Ombudsman in the case of dismissing the case for reckless imprudence, however, is a wanton disregard of the sufficiency of evidence to form a belief that a crime for Reckless Imprudence has been committed,” Calida said.

Calida pointed out that Aquino allowed Napeñas to push through with the operation under suspended Purisima.

“As the PNP (Philippine National Police) is under the DILG, the President, as the Chief Executive, exercises supervision and control over it. Thus, given that the President gave the policy direction to arrest Marwan and Usman, and that he approved Oplan Exodus with full knowledge of its operational details, the Chief Executive is ultimately responsible for the success or failure of the mission,” Calida added.

The 44 elite policemen were killed in an operation to neutralize Malaysian Zulkifli bin Hir or Marwan and his trusted right-hand Abdul Basit Usman.