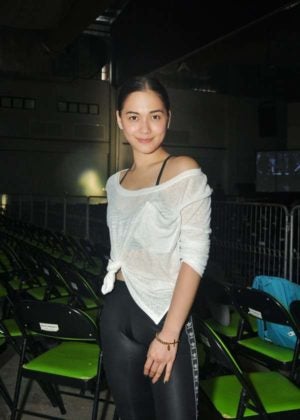 SHE may be the fierce and indestructible Lily Cruz/ Ivy Aguas of the wildly popular afternoon TV series, “Wildflower,” but actress Maja Salvador is at heart a simple and down-to-earth woman who lives by her faith.

In fact, the 29-year-old actress-performer is a devotee of the Sto. Niño.

Salvador was also among the Kapamilya stars who joined ABS-CBN’s Sinulog float during the Sinulog celebration last Jan. 21.

The actress said she learned her devotion for Señor Sto. Niño from her mother.

During yesterday’s rehearsals, Salvador was hands on during the production numbers.

She was even seen directing her dance number with “Wildflower” costar Joseph Marco.

Salvador, who has been in showbiz for 15 years, looked back fondly at how her love for performing started. She said that at the age of 11, she already knew she could dance.

Salvador said she is aware that the Cebuano crowd cannot be underestimated and that they were excited to bring the concert here for the first time.

After Cebu, she will hold her dance concert in Singapore (February 18),