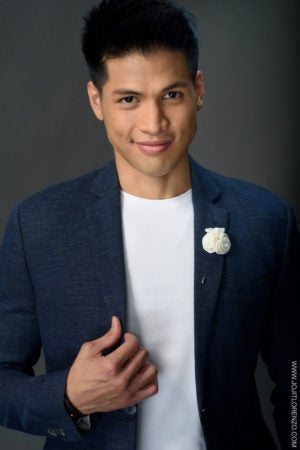 Vin said it does not matter to him if he and Aljur work in the same network or not, as long as things are working out for his brother.

Aljur was first discovered by GMA Network after he won the “Ultimate Hunk” title for Starstruck in 2006.

He was paired with fellow “Starstruck” winner Kris Bernal in several TV projecst including “Dyesebel,” “The Last Prince,” “Coffee Prince,” and “Machete.”

In 2017, Aljur officially became part of the Kapamilya network and appeared in FPJ’s “Ang Probinsyano” episodes.

Since it was Vin who first transferred to ABS-CBN, he said he gave Aljur some tips during his guesting in the Sunday noontime show, ASAP.

He said people are very disciplined when it comes to the call time.

Vin transferred to ABS-CBN in 2016. He was first discovered by TV5 via the network’s talent search “Artista Academy” in 2012.

Vin is part of thecast of the hit afternoon series, “Wildflower” which will have its finale today.