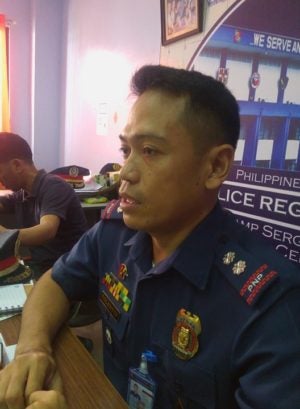 Authorities say there is nothing to be alarmed; CHR, biz-group, not so

Blood spilled in some parts of Metro Cebu in the past 11 days.

At least 19 persons were gunned down in the cities of Cebu, Lapu-Lapu, Mandaue and Talisay and Minglanilla town from Feb. 16 to 26, based on police reports.

Twelve of the victims were killed by still unidentified assailants while five, including a police officer, died in separate anti-drug operations. Two persons were seriously injured.

But the Police Regional Office in Central Visayas (PRO-7) assured the public that there was nothing to be alarmed of.

Supt. Reymar Tolentin, information officer of PRO-7, said most of these killings were caused by personal grudges, and not carried out by vigilantes or a particular group.

“These killings were isolated. Walay angay nga ikabalaka ang mga tawo. (People have nothing to worry about),” he told Cebu Daily News.

Cebu City Councilor Dave Tumulak, deputy mayor on police matters, agreed, saying it just so happened that the killings happened in a week or so.

Still, Tumulak appealed to the people not to be carried away by their emotions, and to respect human life whatever the circumstances were.

“Nganong pusilon man gyud? Nganong dili naman lang istoryahan? Hangyo nato sa atong katawhan nga dili mopatay og tawo. Huna-hunaon pud nato ang pamilya nga mahabilin. (Why do they have to shoot? Why don’t they talk things over? I ask the people not to kill human beings. We should also think about the families who will be left behind),” he explained.

Tumulak stressed that Cebu City, in particular, remains a safe place to visit and live.

“If you stroll around Cebu City, you have nothing to be afraid of,” he said. “Our policemen and barangay tanods are there to ensure the safety of everyone.”

But for the Commission on Human Rights in Central Visayas (CHR-7) and a business group, the spate of killings was something to be alarmed of.

“Let us all be reminded that the right to life is a natural right of all human beings which, even the government, in the exercise of its inherent police power, cannot take. How much more if these are done by private individuals?” asked CHR-7 Director Arvin Odron.

Odron called on law enforcers to exert extra effort to identify and arrest the perpetrators and render justice to the families of the victims.

“Big things sometimes start with small things, hence we should work together to solve these killings, and get alarmed in every life lost. I pity the victims, they don’t deserve it,” he added. Robert Go, president of the Philippine Retailers Association Cebu Chapter, said the series of killings in Metro Cebu has brought a chilling effect among businesses and the public in general.

“It’s a disaster for foreigners. If they feel they are not safe, they would not come. It would hinder any foreign investment. It’s bad for tourists. It’s bad for business, and it’s even bad for the locals,” he told Cebu Daily News.

Contrary to claims of the police, Go said the killings were not “isolated” cases since there were not just one or two incidents.

The series of killings in Metro Cebu, he said, had already been “the talk in coffee shops” and reflected the bad peace and order situation here.

“People are thinking that it’s not safe anymore. Life seems to be so cheap and they just get killed by gun-for-hires,” he said.

Like the CHR-7, Go urged the police and law enforcers to immediately solve all the killings to prove that they were done by paid assailants and not by “authorities” in government as what some people had suspected.

If the killings remained unsolved, he said the public would be enveloped by fear.

Although the police claimed they were investigating all murders, much of the attention had been given to the ambush-slay case of lawyer Jonnah John Ungab.

The Cebu City Police Office has formed a task force to look into Ungab’s death while the National Bureau of Investigation in Central Visayas (NBI-7) is conducting a separate probe on the case.

Ungab, the lawyer of self-confessed drug lord Rolando “Kerwin” Espinosa Jr., just came out of the Cebu City Hall of Justice with his wife Pearl last Feb. 19 when an unknown assailant walked by his car and fired twice at him.

Three angles were being looked into — politics, personal grudge, and his profession as lawyer.

No suspects had been identified yet although there were “persons of interest” who authorities wanted to invite to shed light on the killing.

Like the Ungab case, police still had no suspects on the killing of Korean businessman Shang Ho Lee who was gunned down by unidentified assailants while driving his car on Feb. 23.

Of the murder cases in Metro Cebu since February 17, six took place in Cebu City, six in Lapu-Lapu City, two in Minglanilla town, and one each in Mandaue City and Talisay City.

Four of the victims died during police operations. PO2 Evie Espina, an anti-narcotics operative of Minglanilla Police Station, was killed by suspected drug pusher Jovelio Franza in a drug bust on Feb. 19.

Also killed during anti-narcotics operations were Dante Betaganzo in Lapu-Lapu City and Benjamin dela Rosa of Barangay Mabolo, Cebu City.
The rest of those killed in Metro Cebu were gunned down by unknown assailants.

Councilor Tumulak said he provided the police with a list of inmates who had been released from the Cebu City Jail since some of them might be involved in the killings.

Since January, at least 83 inmates of the Cebu City Jail had been released after their cases ended either in dismissal or acquittal.

“It’s not that these inmates contribute to these killings. I informed the police about it just in case some of the suspects point to them,” Tumulak said.
He said there is a need to monitor these freed inmates, not just to make sure that they were not involved in illegal activities but also to help them find decent jobs.

“We will inform the barangay about these newly-released inmates so that proper intervention can be made,” Tumulak said.

He urged the police to never lose heart amid the spate of killings.
“It seems that our policemen feel weak because of these killings, but they shouldn’t feel that way. We, in the city government, and the public must support them to boost their morale,” Tumulak said. /with reports from Nestle L. Semilla, Jose Santino L. Bunachita, Cris Evert Lato-Ruffolo and King Anthony Perez

TAGS: 19 VICTIMS, alarmed, authorities, biz-group, CHR, IN 11 DAYS, not so, Nothing, There