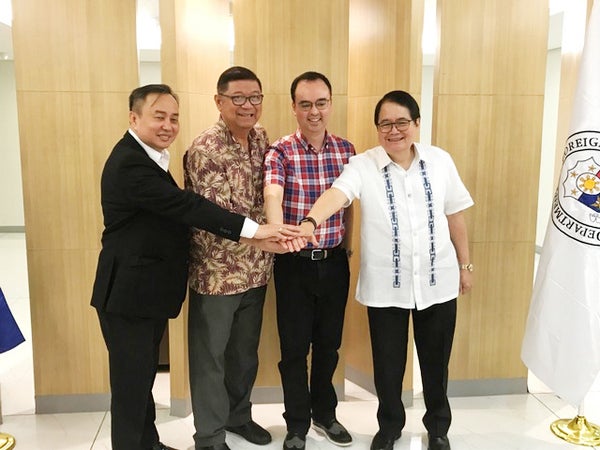 The following day, Vargas formally announced the appointment of veteran media man and Association of Boxing Alliances in the Philippines (Abap) secretary-general Ed Picson as POC spokesperson and communications director.

Likewise confirmed were former POC chairman Robert Aventajado of taekwondo as chairman of the Arbitration and Disputes Committee, with Atty. Charlie Ho (netball) as member.

“These committees are critical because there are several NSAs that are saddled with leadership or turf issues. We need to settle those so we can concentrate on our athletes’ training and welfare,” Vargas said.

He also announced that Ormoc City Mayor and fencing president Richard Gomez has accepted his appointment as chef de mission for the Asian Games in Indonesia this August. His deputies are Manny Cabili (windsurfing) and Bachmann.

“I am exhilarated with the first couple of days in the POC. It has been a whirlwind of activity and that’s the way I like it. Sure, there were some distractions, such as an anonymous letter with complaints, but I do not allow such things to affect my focus. In the end, it is my decision, my responsibility and my accountability. I stand by my decisions but if I need to make adjustments or even backtrack, I will do so,” Vargas said.

“I just hope that everyone will work together with us and give us a chance to get our bearings and handle things our way. Of course, suggestions and even criticism are welcome – that’s part of the territory. One thing I can assure is that I will lead and work with an open mind, transparency and honesty,” the top PLDT and First Pacific executive added.