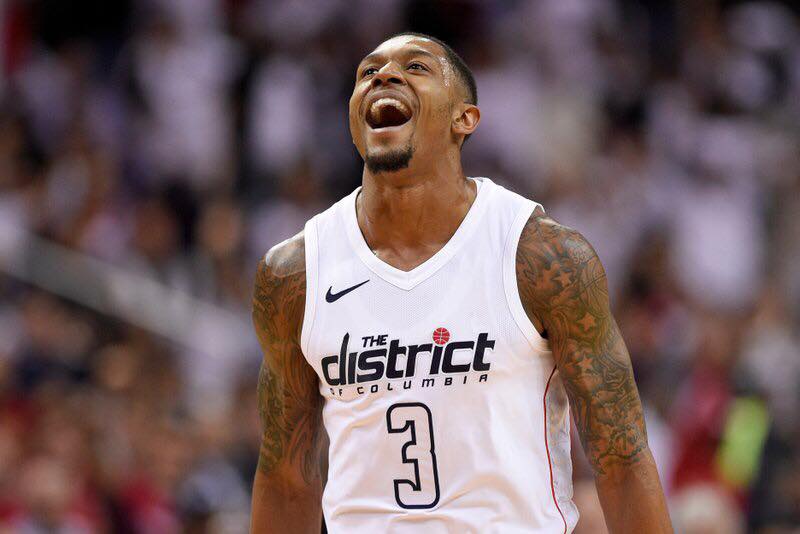 Washington’s Bradley Beal reacts after making a shot in Game 3 of an NBA first round series vs Toronto. AP photo

The Washington Wizards banked on the combined 56 points of John Wall and Bradley Beal to rout the Toronto Raptors, 122-103, in Game 3 of their Eastern Conference first round best-of-seven series in Washington DC on Saturday morning (Philippine time).

Beal and Wall had 28 points each while three others scored in double figures as Washington sliced the series deficit to 1-2.

Toronto was led by the 23 points of DeMar DeRozan and the 19 of Kyle Lowrie.