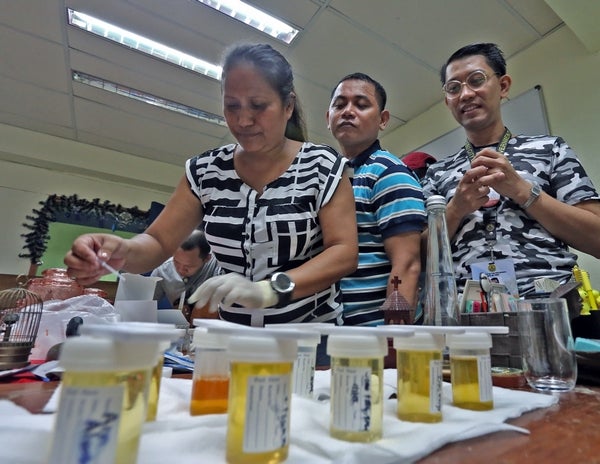 Being absent at work and being on the field will not be a reason anymore for a City Hall employee not to take a drug test especially on the same day.

This developed after the City’s Human Resource Development Office and the City Administrator created a new policy about this issue as requested by the City Office on Substance Abuse Prevention (Cosap).

Lao said employees who could not undergo the surprise drug test on that day because they were in the field prompted him to seek the creation of this policy.

“There are other employees, who would reason out that they were in the field and that they would take the drug test the day after. This would defeat the purpose of conducting the surprise drug test,” Lao told Cebu Daily News in a phone interview.

Despite this, he said that there were no City Hall employees who refused to take the drug test when they were at the city hall.

In a memorandum signed by Assistant City Administrator Annabeth Cuizon, the policy will be for strict compliance of all the employees including the job orders.

Cuizon said that the memorandum was signed last Friday, and it will be effective immediately.

In the new policy, Cosap will be implementing rules to ensure that all employees will have to undergo the drug testing.

Those employees who have timed in and out through biometrics or the bundy clock are considered present and should submit themselves for drug testing in case there is one conducted in their respective offices.

Those employees who are “on field” on the day of the drug testing, should undertake one within the day or when they get back to their respective
offices.

Lastly, those employees who are absent, on leave, or on official travel on the day of the drug testing should report to the Cosap Office on their first working day.

Lao said that if the employees will not follow the new policy on absences, then they will be dealt with accordingly by the HRDO.

“If you are a regular employee you will receive a memo and will be dealt with accordingly by HRDO. And if you are a job order, you can be terminated,” Lao said.