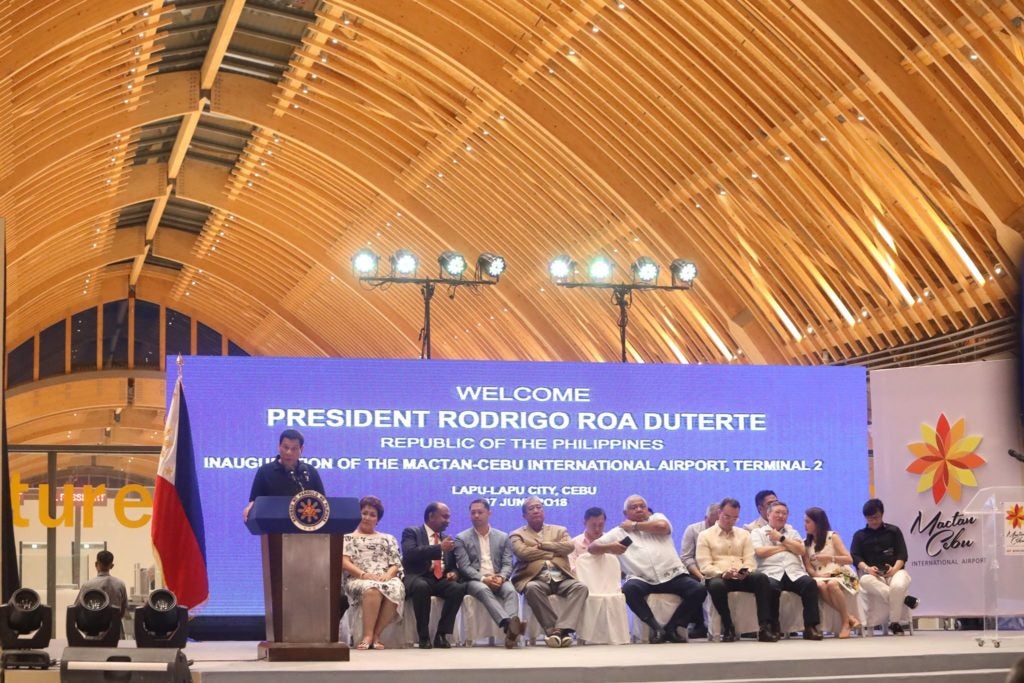 MCIA general manager Steve Dicdican said they will raise the terminal fee for international flights from P750 to P850.

President Rodrigo Duterte graced Thursday’s inauguration of the airport’s Passenger Terminal 2 that was built on a budget of more than P14 billion.

The airport management expects an increase of 12 million passengers with the second terminal’s operations.

The new terminal stands on a 65,500 square meter floor area and has three floors.

He said they will still have to finish some minor construction before opening the terminal for public viewing on the last week of June.

“So that Cebuanos could also celebrate with us with the completion of the project,” he said.

Cebuanos need to register so they can tour the new facility, he said.