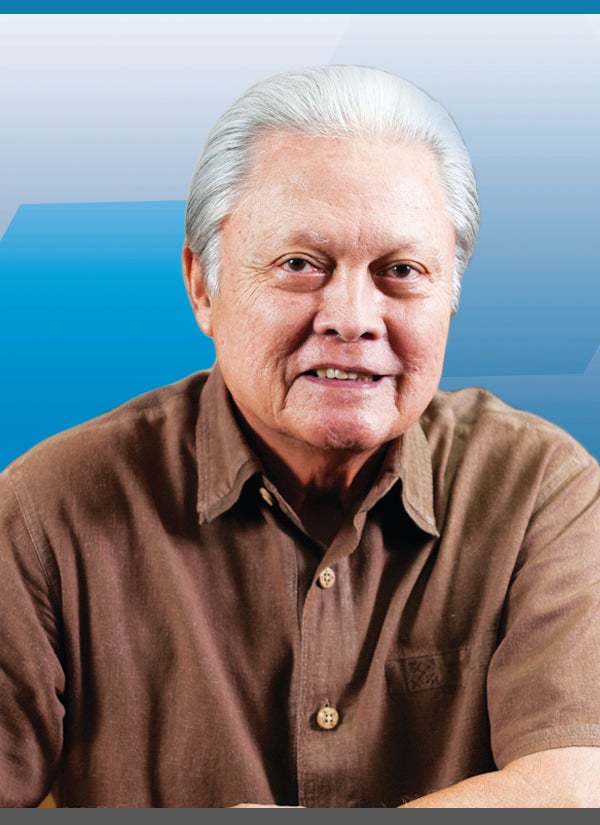 Perhaps it is fitting that a farm boy from Ormoc ultimately lived his professional life with the same work ethic that was exemplified for him under the open sky over 7 decades ago.

Dr. Potenciano V. Larrazabal, Jr., the founding President of CebuDoc Group of Hospitals and Cebu Doctors University, is not only admired for his dedication and hard work but also from the achievements that he made. Though his passing was a great loss, Dr. Jun will always be remembered for the values that he lived out to everyone.

Dr. Potenciano V. Larrazabal, Jr. was born on April 21, 1940 to Don Potenciano and Doña Aniceta in the town of Ormoc, Leyte. He was the third child among his seven siblings.

At a young age, Dr. Jun Larrazabal dreamt of becoming a priest someday. He used to be a sacristan in their church and even hid and climbed out from their window just to serve in the mass.

He studied in Ateneo de Cagayan (now referred of Xavier University) during his secondary education, and graduated with honors. Dr. Jun loved to play basketball and was the captain ball of the team. After he finished high school, his father convinced him to become a doctor. He then took the Pre-med course at University of Sto. Tomas and pursued Medicine from the same university.

A family man: Dr. Jun as a father

Dr. Jun Larrazabal, as a father always finds time for his kids. He was very active in attending various school activities. Mrs. Larrazabal described him as a loving and supportive father to his children.

A Visionary and a Leader

Upon his return to the Philippines, he never faltered as he set out to establish the best hospital and best training university in the country.

He was both a determined and compassionate man. A firm leader who always had a conviction from the start and truly cared about the people. Through this, his dreams were materialized to reality.

CebuDoc Group of Hospitals and Cebu Doctors University was established to provide a compassionate healthcare, quality service, and innovative mind as exemplified by our founder, Dr. Potenciano Larrazabal, Jr.

Despite his administrative obligation, he never neglected his clinical responsibilities. He was an excellent doctor who always empathized with his patients. None mattered to him as long as he was able to aid the people who needed his expertise. Beyond doubt, Dr. Jun is a man with a generous heart for he enriched himself by giving without expecting anything in return.

He once said “Do the best in everything”. Dr. Jun was a man of many roles and all he does well. He touched many lives as a doctor, teacher, giver, a father, and a person himself.

He will always be “Dr.Jun”- a simple man who greatly inspired us to be committed with our dreams and put our heart in whatever that we do. We will forever nurture the countless relationships he built, the values and knowledge he imparted, and the legacies he left to continue to live on.

Today we remember him on his first death anniversary but forever he will remain in our hearts.