TROUBLE ON THE HOMEFRONT 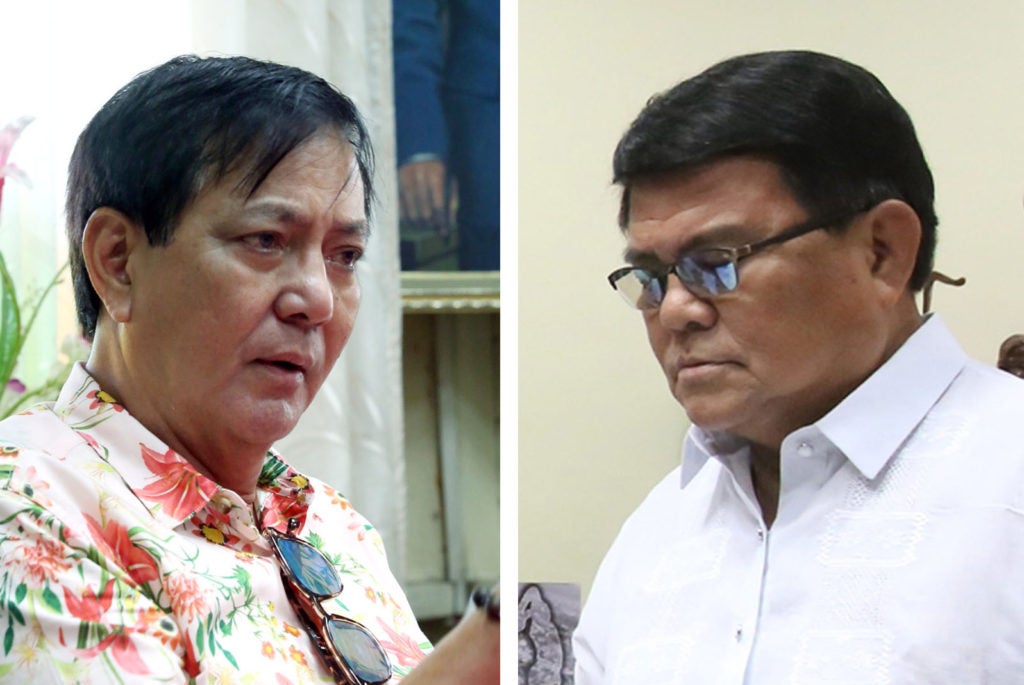 IS BARUG TEAM RAMA HEADED FOR A BREAK UP?

They are allies and belong to the same opposition party.

But Cebu City Vice Mayor Edgardo Labella and the city’s former mayor, Michael Rama, are apparently willing to square it off with each other, as they have both decided to challenge incumbent Cebu City Mayor Tomas Osmeña for the mayoralty seat in May 2019.

This developed after Labella announced yesterday, Saturday, his intentions to run for mayor, just over a month after Rama, the titular head of their local party Barug Team Rama, also declared he would take another attempt at the mayoral post that he lost to Osmeña in 2016.

Labella was Rama’s running mate in the 2016 elections. But while Labella trounced Osmeña’s running mate, Nestor Archival Sr., the then reelectionist mayor was defeated by Osmeña.

Labella’s announcement was made four months before the candidates for next year’s midterm elections are expected to file their certificate of candidacy (COC) this October.

In a press statement released yesterday, Labella said he decided to announce his mayoralty bid as time is essential for anyone aspiring to be the next local chief executive in Cebu City.

“The clock is ticking even as the May 2019 elections near. A decision must be made if the political opposition here wants to battle its political opponents with adequate preparation. That is why I have to finally come up with a decision after studying all my options for 2019,” Labella said.

But when asked in a separate interview with Cebu Daily News if his decision to run for mayor was a personal decision or with the blessing of Barug, Labella only responded by saying:

“I keep my communication open to the members of the party. And majority of them already talked about it. Mayor Mike knows about it. But then again, the deadline of the filing of COC is in October so there’s still a long way to go.”

Rama: I want Labella as my running mate Sought for comment, Rama said he was still determined to run for mayor, and added that he would prefer Labella to be his running mate instead.

“I have made a very clear pronouncement that I am running for mayor and I would have preferred if Vice Mayor Labella would be my running mate, as we have always been. The filing of the certificate of candidacy is still in October and it is my hope that Edgar and I will be filing together as a tandem,” said Rama.

It was Rama who first publicly announced last May 20 his intention to run as mayor once again. By then, unofficial reports were circulating that Labella may be picked as an alternative to Rama.

But interestingly, both Labella and Rama agreed that Barug must only have one candidate to face Osmeña, who will be seeking reelection for his second term as mayor.

Before he made his announcement, Labella has revealed that most members of Barug — from Cebu City councilors to barangay captains — wanted him to be their group’s standard bearer.

Labella said he will anchor his bid for the city’s top position on the platform of fighting corruption, and of instituting a “no-nonsense” campaign against illegal drugs.

“If I win, I would endeavor to have a healing and conciliatory mayorship for the best interest of the city. But I would be uncompromising and unbending when it comes to graft and corrupt practices among employees,” he explained.

And this developed after reports have surfaced that Barug was headed for a break up, especially after both Rama’s and Labella’s names were floated as their possible standard bearers.

However, their members have assured that there was no conflict within the party, which is now allied with the Partido Demokratikong Pilipino–Lakas ng Bayan (PDP–Laban), the party of President Rodrigo Duterte.

Both Rama and Labella also agreed that a “united Barug” would be vital for them to reclaim City Hall.

Rama for Barug but no PDP–Laban?

Rama, however, said that there could be no Barug- PDP alliance in the 2019 polls.

He said he may run under the name of Barug Team Rama only, sans PDP–Laban.

“I have been very clear that I, Mike Rama, will be running for Barug Team Rama. I have never been a member of PDP-Laban. And considering that we had a coalition, I don’t see why formalities were not resorted to? Until such has been resolved I will be running under Barug,” he told CDN on Saturday.

Rama pointed out that there are no documentations to prove that Barug is formally allied with PDP-Laban.

Unlike the rest of his partymates in Barug, the former mayor did not join the Duterte administration’s party. It was also about this time that Rama was tagged by Duterte as an alleged drug protector, which made it impossible for him to become part of the ruling party.

Rama has been repeatedly denying the allegation. But the President, despite having several casual encounters with the former mayor, has still to clear Rama’s name.

On the other hand, Labella has been seen and photographed several times with President Duterte and in the company of Presidential Assistant for the Visayas (OPAV) Secretary Michael Dino, a known friend of Labella.

In August 2016, members of Barug (formerly just known as Team Rama) pledged allegiance with PDP- Laban during a mass oath-taking ceremony. Everyone, including Labella, was there except Rama.

Even at that time, Rama had said he would instead prioritize clearing his name.

In an interview earlier this year, Rama also revealed that he has been dreading the possibility that Barug would split up amid reports that Labella may be chosen by Barug-PDP-Laban members as their bet for mayor.

But yesterday, Rama was tight-lipped when asked to comment on the possibility that Barug may officially choose Labella to be their standard-bearer instead of him.

“We will cross the bridge when we get there,” said Rama.