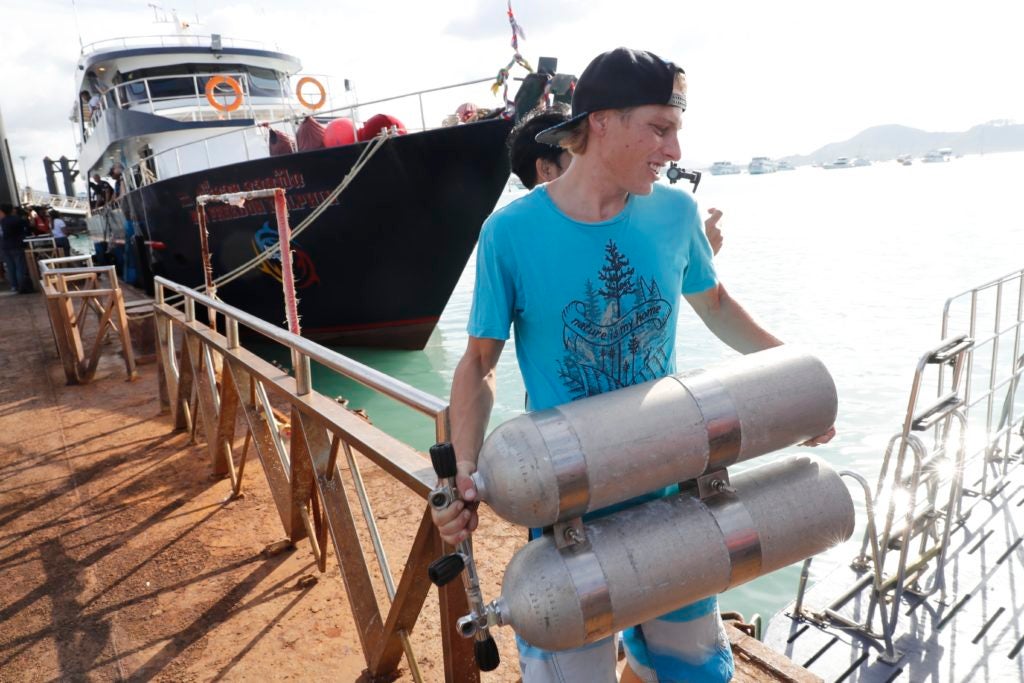 A diver carries oxygen tanks to a boat as they prepare to recover bodies of the passengers of a capsized tourist boat at Chalong pier in Phuket, Thailand, Saturday, July 7, 2018.

Phuket, Thailand — Divers who entered the wreck of a tour boat that sank in a storm off the southern Thai resort island of Phuket described heart-breaking scenes of bodies of children found in the arms of their mothers, as a search resumed Saturday for some 23 mostly Chinese tourists missing.

The death toll from Thursday’s tragedy hit 33, all of them Chinese nationals, in Thai tourism’s biggest disaster in years.

“It’s very difficult to see … it’s traumatic, it’s tragic but the best thing to do, our job as divers, is to bring back the bodies to their families,” diver Philip Entremont told reporters before resuming the search Saturday.

The boat, with 105 people, including 93 tourists, capsized and sank after it was hit by 5-meter (16-foot) high waves.

The death toll jumped Friday after the navy sent divers to the wreck on Friday. In images shortly after the sinking, rescued people sat in large rubber life rafts surrounded by churning seas.

Read Next
To a prophet dying young