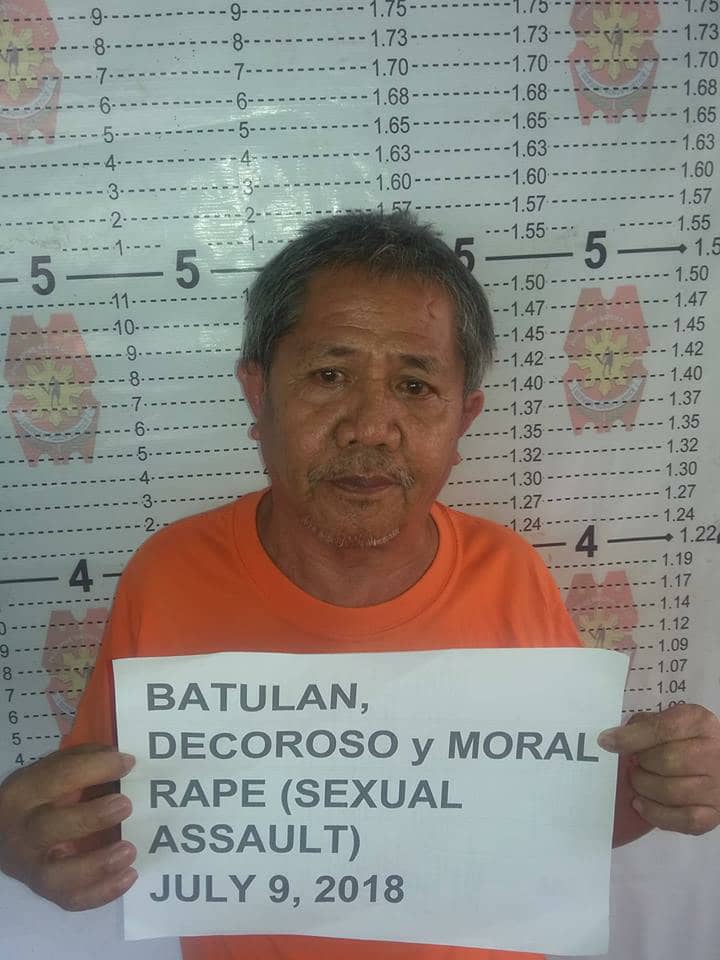 A 58-year-old man who is accused of sexual assault was arrested by police authorities at past 10 p.m. on Monday (July 9).

The trial court requires Batulan to pay P120,000 for his temporary liberty.