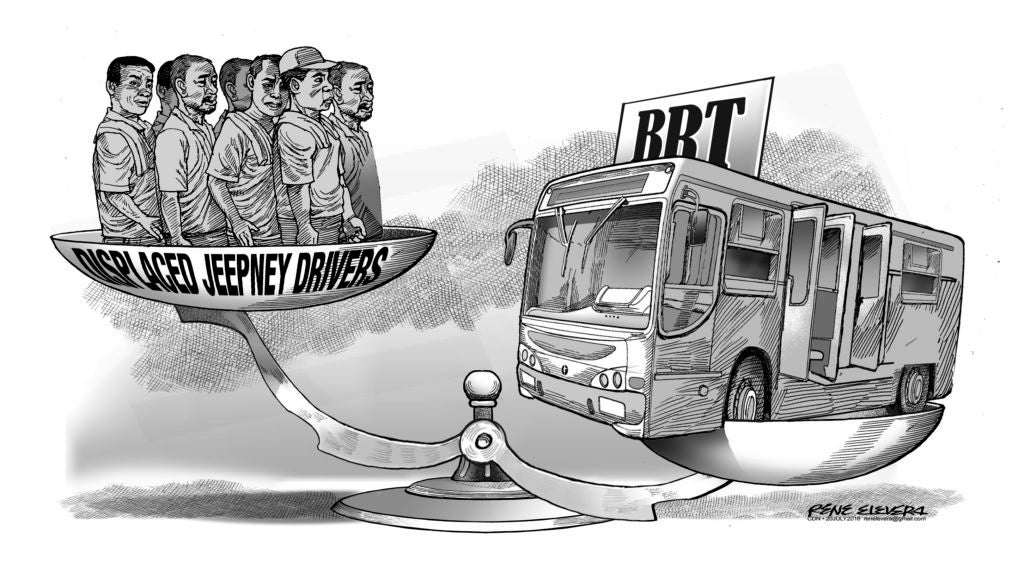 While there is some relief promised by the national government for Metro Cebu’s transport woes, attention should also be given to the jeepney drivers and operators who may be displaced by the so-called Integrated Intermodal Transport System (IITS).

Even before this program came out, jeepney operators and drivers voiced concern over their possible displacement with the implementation of the Bus Rapid Transit (BRT) that had now been included in the IITS along with the Light Railway Transit (LRT) point to point bus system and a monorail system.

But included in the BRT were trainings and a recalibration of the jeepneys in Cebu City’s transport mix. As stated in the project outline, the passenger jeepney will become part of a supply chain of sorts that will bring commuters to and from the BRT terminals.

These jeepneys will service feeder routes leading to and from the BRT terminals since it had been envisioned that the BRT will become the main mass transport of choice in Cebu City.

But with roadblocks to the BRT implementation and a last minute jiggering of the mass transport plans in Cebu City and the rest of Metro Cebu, jeepney operators and drivers may feel a lot more overwhelmed and concerned over the future of their livelihood.

Thus trainings alone probably won’t suffice. If the BRT system in Cebu City follows the formula set in Manila, the immediate beneficiaries will be bus operators—locally based we assume–and their own set of drivers.

What are the chances of some of these jeepney drivers landing a job as a BRT unit driver? We can only hazard a guess but we understand that the local transport sector’s demand for alternative livelihood includes funding for small businesses or even loans to buy modern electric jeepneys.

It had been estimated by the militant transport group Piston that 3,000 jeepney drivers will be affected. With the IITS supposed to be partially operational in one and a half years and covering the whole of Metro Cebu, about 10,000 jeepney drivers are said to be looking at unemployment if these mass transport projects come to pass.

But again, jeepney drivers and operators will face public sentiment if they continue to register their opposition to these projects.

What is needed now is continuing engagement through dialogue and planning between transport agencies and the transport sector in order to ensure not only the smooth transition to more accessible, effective, efficient and convenient mass transport but the welfare of jeepney drivers and operators who still play a vital role in the overall transport network in Metro Cebu.