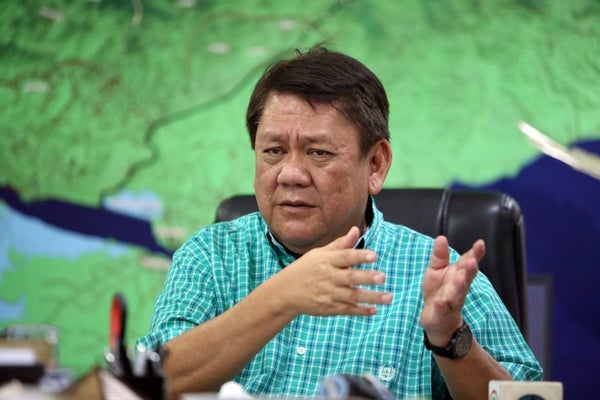 This was how Cebu City Mayor Tomas Osmeña described persistent talks that there is a pending one-year suspension order against him from the Office of the President next month.

Osmeña said he has no idea about such development, and claimed these were just rumors fabricated by his critics and opposition from the Barug Team Rama–PDP Laban party.

“I’ll tell you the truth: I don’t know. I tell you something, Dino (Presidential Assistant to the Visayas Michael Dino) is pushing for it. He’s crawling all over just to get me suspended because he’s going to be the mayor,” Osmeña said.

“It’s not Labella (Cebu City Vice Mayor Edgar Labella). It’s Dino, Labella is just a bubble. Labella is nothing without Dino. Dino? He cannot win the elections so he’s going to be the proxy mayor of Cebu City. That’s what’s happening,” he added.

Cebu Daily News tried to contact Dino and Labella for their comments but no reply was given as of press time.

When asked how he is coping with the recent controversies surrounding him, Osmeña said he ‘is used to it.’

“That’s how they (critics) think things work for them because they have nothing to offer to the people of Cebu City. So, kutob ra na sila sa intriga (they’re just up to rumors),” added Osmeña.

“But if the President (Rodrigo Duterte) wants to suspend me then suspend me. I think they’re just making these things up. But I’m going to fight it,” Osmeña said.

Since March, six complaints were lodged against Osmeña before the Office of the President. So far, Malacañang has only directed the
local chief executive to answer them.

He was accused of grave misconduct based on his pronouncement in 2016 when he said that he would stop the city government’s support to the anti-illegal drugs campaign and would just leave the matter to the police.

Apas Barangay Councilor Ramil Ayuman also filed a complaint against him and his wife, City Councilor Margarita Osmeña, for reopening the Inayawan Landfill. On top of that, he also accused the mayor of using two Dodge Charger vehicles, donated by Bigfoot Global Solution, for his personal use.