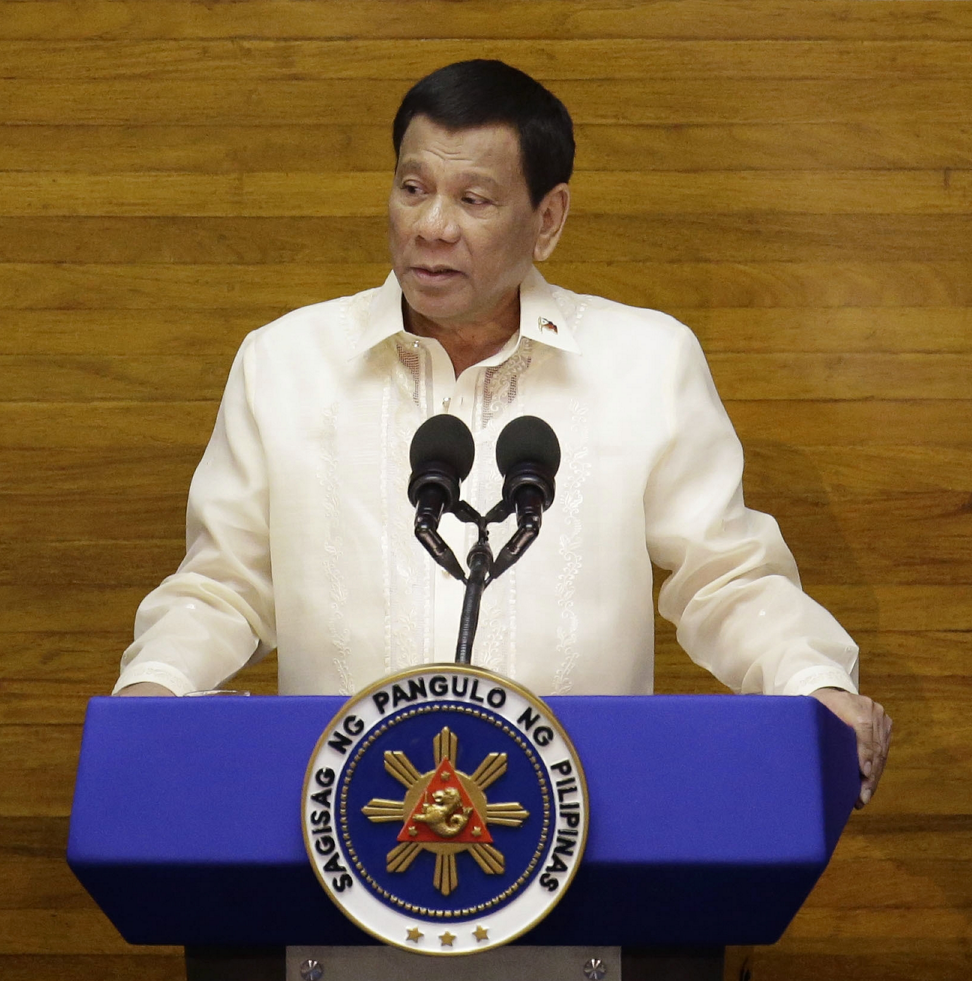 President Rodrigo Duterte has signed legislation creating a new Muslim autonomous region aimed at settling nearly half a century of Muslim unrest in the south, where troops crushed an attempt last year by Islamic State group-linked militants to turn a city into a stronghold.

Presidential spokesman Harry Roque and another key aide, Bong Go, told reporters without elaborating late Thursday that Duterte signed the bill creating the region, to be called Bangsamoro. The autonomy deal, which has been negotiated for more than two decades under four presidents, was ratified earlier this week by both chambers of Congress.

“This is to announce that the president has just signed the BOL into law,” Roque said in a cellphone message, referring to the Bangsamoro organic law.

It’s the latest significant attempt by the government to end Muslim fighting that has left more than 120,000 people dead and hampered development in the country’s most destitute regions. The deal was negotiated with the Moro Islamic Liberation Front, the largest Muslim rebel group in the south, although about half a dozen smaller IS-linked radical groups remain a threat in the region, the homeland of minority Muslims in the largely Roman Catholic nation.

Al Haj Murad Ebrahim, chairman of the Moro rebel front, told a news conference Tuesday that 30,000 to 40,000 armed fighters would be “decommissioned” if the autonomy deal is fully enforced. The disarming would be done in batches based on compliance with the accord, with the final 40 percent of the guerrillas turning over their weapons once there is full compliance.

Murad added that six of the largest guerrilla camps in the south were already being converted into “productive civilian communities” to help the insurgents return to normal life.

Murad appealed to the international community to contribute to a trust fund to be used to finance the insurgents’ transition from decades of waging one of Asia’s longest rebellions.

“We will decommission our forces, the entire forces,” Murad said. He declined to immediately cite the number of weapons that “will be put beyond use.”
The military has estimated the Moro rebel group’s size at a much lower 11,000 fighters.

The Bangsamoro replaces an existing poverty — and conflict-wracked autonomous region and is to be larger, better-funded and more powerful. An annual grant, estimated at P60 billion to P70 billion, is to be set aside to bolster development in the new region.

Murad’s guerrilla force is the second in the south to drop a demand for a separate Muslim state in exchange for autonomy. The Moro National Liberation Front forged a 1996 peace deal with the government that led to the current five-province Muslim autonomous region, which has largely been regarded as a failure.

Western governments have welcomed the autonomy pacts. They worry that small numbers of Islamic State group-linked militants from the Middle East and Southeast Asia could forge an alliance with Filipino insurgents and turn the south into a breeding ground for extremists.

Murad said it’s crucial for the peace agreement to be fully enforced, citing how earlier failed attempts prompted some guerrillas to break away and form more hard-line groups like the Abu Sayyaf, a brutal group listed by the United States and the Philippines as a terrorist organization.

Hundreds of militants, including those who broke off from Murad’s force, were among black flag-waving fighters who swore allegiance to the Islamic State group and laid siege to the southern Islamic city of Marawi last year. Troops backed by US and Australian surveillance aircraft routed the militants after five months of airstrikes and ground assaults that left more than 1,200 people, mostly Islamic fighters, dead and the mosque-studded city in ruins.

“We can roughly conclude that all these splinter groups are a result of the frustration with the peace process,” Murad said.