No reblocking, no assistance 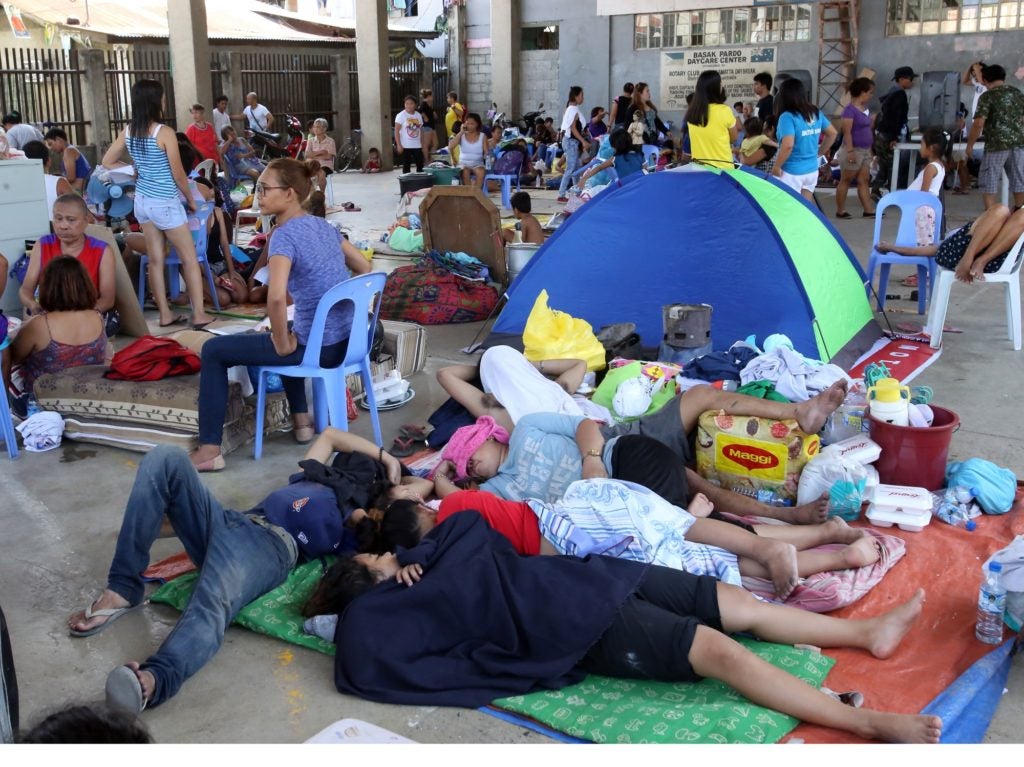 Victims of last Friday’s fire in two sitios in Pardo took temporary shelter in a covered court. City officials want a reblocking of the affected areas to ensure easy access in cases of emergency.

The 982 individuals from 221 families who were displaced by the late-night fire that razed Barangays Basak Pardo and Kinasang-an Pardo last Friday will have to comply with the city government’s plans of reblocking their areas.

Otherwise, Cebu City Disaster Risk Reduction and Management Office (CCDRRMO) chief Nagiel Bañacia said they may not be able to avail of any assistance to rebuild their homes.

The city, Bañacia said, is planning to provide financial assistance and construction materials to the victims.

In a phone interview with Cebu Daily News yesterday, Bañacia said their office has recommended to reblock Sitios Kauswagan in Barangay Basak-Pardo and Sto. Niño of Barangay Kinasang-an, Pardo.

He added that the narrow roads leading to the interior portion of the affected communities made it difficult for firefighters to penetrate and control the fire quickly.

“We recommended having the fire site reblocked, and reclaim and widen the roads. We also recommended that the financial assistance will not be provided unless they agree for a reblocking,” said Bañacia.

Most of the 127 houses (54 in Sitio Sto. Niño and 73 in Sitio Kauswagan) were totally damaged since they were made of light materials.

The Cebu City Fire Department, who received the fire alarm in Barangay Basak-Pardo at 9:57 p.m. on Friday, pegged the damage at P1-million.

The flames then raged for more than an hour and spread to nearby Sitio Sto. Niño, which already belonged to Barangay Kinasang-an Pardo at 10:40 p.m. prompting firefighters to raise it to Task Force Alpha.

This meant that all fire stations within Cebu City and other cities and municipalities of the province are being asked to respond to the fire alarm.

(Based on the interviews of our fire investigators, the fire started in the house of Debbie Flores. The area razed by the fire had houses made mostly of light materials).
He added that they are still conducting further investigation as to the real cause of the blaze.

Ababon also said they had difficulty reaching the innermost parts of the two sitios affected by the fire due to narrow roads.

Among those gutted by the fire was the ancestral house of Naomi Gasar, a resident of Sitio Kauswagan, Barangay Basak–Pardo.

The fire prompted her family to temporarily stop their taho business so that they can focus on rebuilding their house.

“Aside from rebuilding our house, I’m also worried about the 40 employees working for our taho business,” said Gasar.

On the other hand, the displaced families from Sitio Kauswagan are now staying in Villa Zacate covered court while those from Sitio Sto. Niño are staying at their sitio’s sports complex.

Aside from the financial assistance and building materials for the affected families, the city government, said Bañacia, will also provide food and disaster kits to the victims.