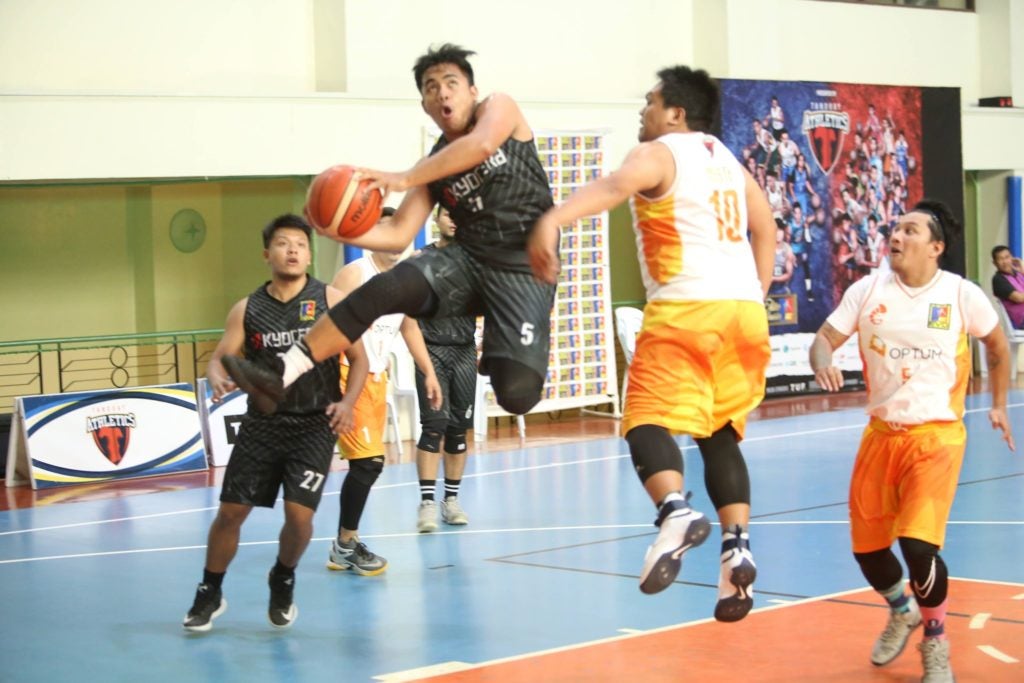 The Kyocera Frontiers kept their record clean and blemished the Optum Knights’ instead after winning over the latter, 58-52, in the Evo League division of the Tanduay Athletics E-Leagues for Basketball last Sunday at the City Sports Club-Cebu basketball court.

Former University of Cebu Webmaster Matthew Grafilo continues to shine in his first season in this league, scoring 20 points to go with five rebounds and five assists as Kyocera grabbed its third win in a row.

Ariel Edera was just as efficient as he tallied 12 points, four rebounds, five assists, four steals and two blocked shots to sink the Knights and drop them to 3-1 (win-loss).

In the other Evo League match, the SSI Research Now Warriors topped the Shearwater Health Crusaders, 69-56.

Jose Amimita collected 18 points to help SSI even their record up at 2-2. Shearwater remained winless in two games so far this season.

In the Elite Classic, the Accenture Sharks won their fourth game in a row, as they handed the QBE Generals a massive 84-56 drubbing.

Archie Batua was the Sharks’ high-point man with 18 while Ryan Miano and Junas Misa contributed 15 and 10, respectively.

The Generals, elevated to the Elite Classic after winning the title in the Evo League last season, remained without a win after three games.

The Wipro Tigers also blew away the Telstra Boomerangs, 72-59. Wipro improved to 2-1 for the season while Telstra continued to spiral down, losing their fifth in a row.

Read Next
PDRRMO: ‘Over 9,000 covered under province-funded insurance program’