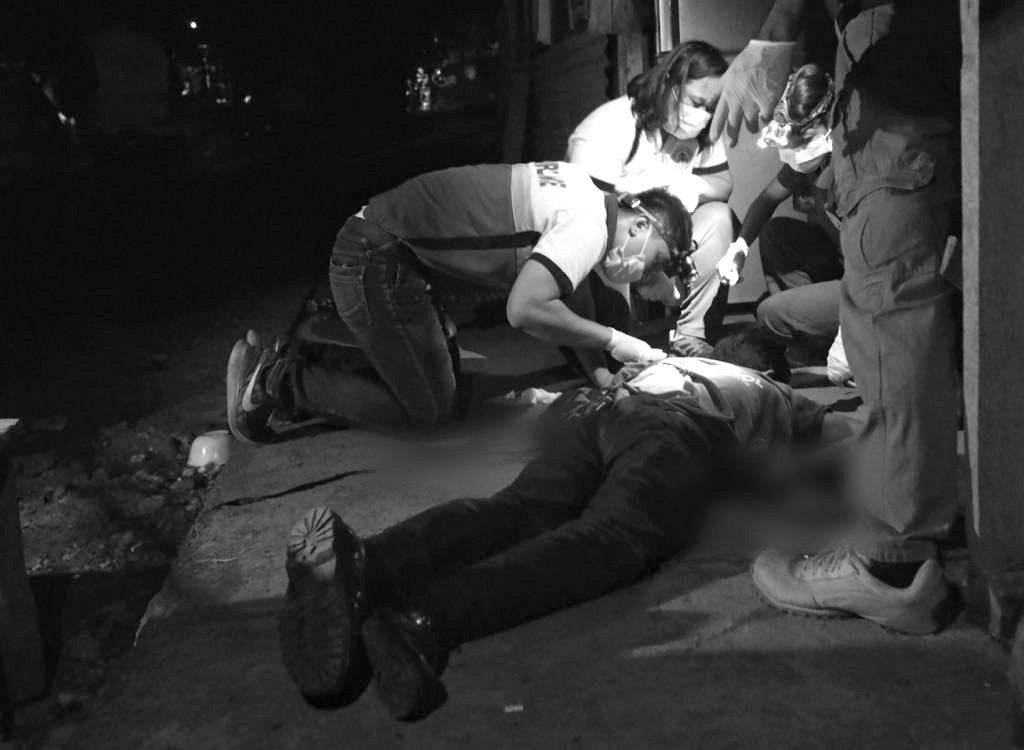 Are “vigilantes” behind the series of killings in Cebu?

“There are people here with police protection who are going around killing people. I’m not a great detective but that’s what it smells like,” the mayor said in a press conference on Thursday.

There has been a spate of killings, occurring almost every week, at times almost every day, in Metro Cebu and in the province. The victims were shot by motorcycle-riding men, who have escaped. The killings remain unsolved.

Just yesterday, the bodies of two unidentified men were found along the highway in Barangay Gaas in Balamban town. Their bodies had gunshot wounds on the head.

Last night a security guard, identified as Wilfredo Saraña, was shot by an unidentified gunman inside a bunkhouse in Sitio San Roque, Barangay Lahug.

His daughter Christine said they were scheduled to go home to Negros Oriental today and planned to sleep in the South Bus Terminal.

But before they left their home, her father received a call asking them to sleep at a bunkhouse for security guards, just near the barangay hall.

The victim went inside the bunkhouse and Christine heard two gunshots.

As this developed, Cebu Gov. Hilario Davide III urged the police to step up its investigation and address the killings in the city and province of Cebu — most of which remain unsolved.

Davide, who also sits as chairman of the Regional Peace and Order Council (RPOC-7), said he, like many Cebuanos, has been concerned about their safety as the series of killings continue.

“It has now become a daily occurrence,” he said.

“We could no longer say that these are isolated. They (police) have been conducting meetings and yet it seems that they have never solved these crimes. We want them to get the perpetrators. We need concrete results,” he added.

A 68-year-old resident of Barangay Gaas said he heard the two victims plead for their lives as the assailants were about to kill them.

“Ato lang ni storyahan, sir. Wala tawn mi sala (Let’s talk about this, sir. We have not committed any wrongdoing),” he recalled the victims’ plea.

Afterwards, the witness said he heard bursts of gunfire and saw three men board a Kia Picanto who quickly sped away.

Last July 17, the body of a Chinese businessman with gunshot wounds on the head and body was also found along the Transcentral Highway in Balamban.

The victim was later identified by the Chinese Consulate as Jin Yongi.

Senior Inspector Deni Mari Pedrozo, chief of the Balamban police, said they have yet to identify the perpetrators.

“We cannot establish yet what happened to the victims there. Perhaps, they were victims of summary killings,” he said.

Last week, Osmeña received a text message from an anonymous sender cautioning him to be careful since there are plans to assassinate him and Barangay Tejero Councilman Jessielou Cadungog.

Osmeña posted the text message on his Facebook page on Monday. It read:

“Mayor be very careful. U and ex-councilor Cadungog are being targeted for reasons I don’t know but some police officials objected and warned if anything happens to you there will be big trouble. The plan was aborted.”

Osmeña said part of the text message mentioned the name of someone who is part of the plan to kill him and Cadungog, but the mayor declined to identify the person.

Osmeña has decided to postpone his trip to the United States to undergo surgery on Saturday to attend to concerns regarding the peace and order situation in Cebu.

Last night, Cadungog’s family requested barangay officials to conduct a search in their house. One of Cadungog’s children told Cebu Daily News that they got information that the police had applied for a search warrant on their house.

“Nahadlok mi nga planteran among balay (We were afraid that the police would plant evidence in our house), Cadungog’s offspring said.

The barangay official said they found no drugs or guns inside the house.

Last Monday, two men on board a motorcycle allegedly tried to shoot at the vehicle of Cadungog along T. Padilla Extension in Cebu City.

But Cadungog, a member of the Bando Osmeña Pundok Kauswagan, was reportedly not inside his Toyota FJ Cruiser when the incident happened.

His bodyguard, William Macaslang Jr., was driving the councilman’s vehicle when he noticed a motorcycle drive up to his side.

He said the passenger of the motorcycle attempted to pull a gun from his waistband, prompting him to get his own firearm and shoot the man.

The back rider turned out to be PO3 Eugene Calumba, a member of the Drug Enforcement Unit of the Parian Police Station in Cebu City.

Michael Banua, the driver of the motorcycle, was collared by barangay tanods and bystanders.

Chief Supt. Debold Sinas, director of the Central Visayas police, however, turned the tables on Cadungog, saying it was the councilman and his bodyguard who attacked Calumba.

The region’s top police official said Calumba was actually conducting surveillance operations in Tejero, Cebu City when the policeman was suddenly shot by Macaslang and Cadungog.

A few days later, police claimed that Cadungog was in their drug watchlist.

The Criminal Investigation and Detection Group in Central Visayas (CIDG-7) on Wednesday filed charges of murder and frustrated murder against Cadungog and Macaslang over the killing of Calumba last Monday.

Chief Insp. Hector Amancia, officer in charge of the CIDG-7, brought in two witnesses, including a minor, to the Cebu City Prosecutor’s Office on Wednesday to prove that

Cadungog was with his bodyguard when the latter gunned down Calumba.

Cadungog has repeatedly denied the accusations, saying his bodyguard dropped him off near the village hall of Tejero shortly before the shooting incident took place.

His bodyguard, Macaslang, has admitted to killing Calumba but said it was done in self-defense.

Macaslang’s confession prompted the National Bureau of Investigation in Central Visayas (NBI-7) to file homicide charges against him at the prosecutor’s office last Tuesday.

Osmeña slammed the local police for twisting the story and even labeling Cadungog as a drug personality who is reportedly on the watchlist of President Rodrigo Duterte and the Philippine National Police.

Cadungog’s name was however not on the President’s latest drug list.

“Let us ask them to provide the evidence. You cannot claim that he is in our list and therefore I can kill. Di ko mudawat ana (I don’t buy that),” he added.

He challenged the police to prove that Cadungog is involved in the narcotics trade.

Osmeña also believes that Cadungog was really the target of Calumba and Banua during Monday’s shooting incident.

“It’s very clear that they tried to kill him. I will not buy the story that he (Cadungog) murdered Calumba,” Osmeña said. /with reports from Ador Vincent S. Mayol, Paul Lauro, Benjie Talisic, and Delta Letigio

Read Next
Panel formed to conduct probe into cases filed vs Cadungog, Macaslang