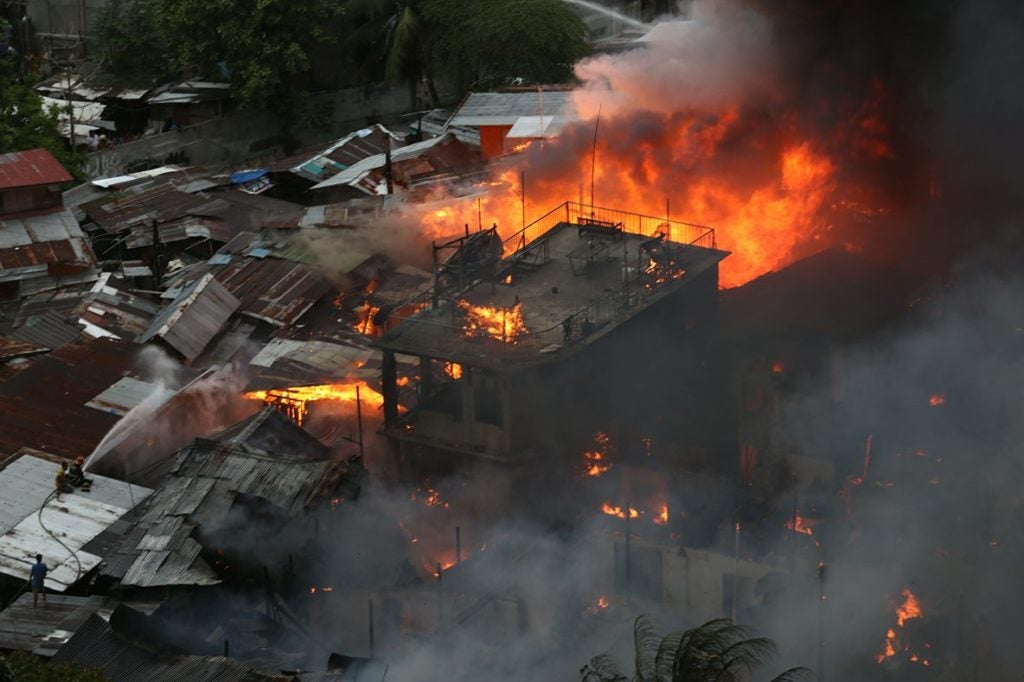 Around 60 homes were burned in an afternoon fire which hit Purok 3, Lower Kamputhaw, Cebu City today.

Fire Chief Insp. Noel Ababon, head of the Cebu City Fire Department, said that the fire was believed to have started at the second floor of the residence of a certain Emma Quan that is being occupied by Roxanne Limbagan.

Fire fighters are yet to determine the actually cause of the flame which spread to neighboring homes that were also made of light materials.

But they do not discount the possibility of wire tapping as possible cause of the afternoon fire that was reported at 3:50 p.m. The fire was put out an hour and 22 minutes later or shortly after it was raised to third alarm.

Ababon said that the presence of very strong winds and the difficulty in access made it difficult for firefighters to immediately put out the flame.

He said that they had to connect their hoses to reach the fire site that is located at the interior of Barangay Kamputhaw or around 100 meters from Escario Street.

The are is just at the back of the barangay hall.

Damage to property caused by the fire was pegged at P0.9 million.