WHAT TO EXPECT FROM THE SAMSUNG GALAXY NOTE 9 EVENT 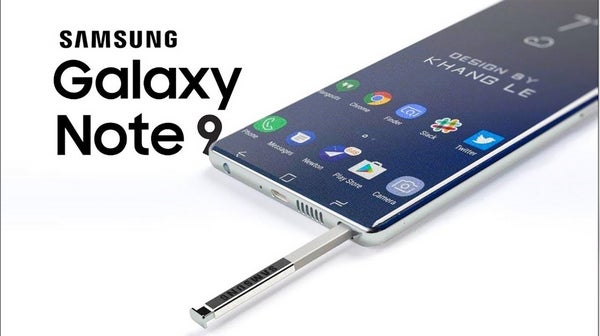 It’s August, which means two things: lots of tweets bemoaning the impending end of summer and a new Samsung Galaxy Note device — in this case, the Galaxy Note 9, which Samsung is expected to announce on August 9th at its Galaxy Unpacked event.

Samsung will officially announce the Note 9 on Thursday, despite the fact that it feels like almost every detail of the phone has throughly leaked at this point, including several details that have come straight from Samsung itself.

Here’s what we’re expecting to see:

The star of Thursday’s show is set to be Samsung’s latest stylus-equipped flagship, the Galaxy Note 9. Like this year’s Galaxy S9, the Note 9 is expected to be an incremental update on last year’s Note 8, keeping roughly the same design while adding new improvements and refinements.

Sticking around are things like the dual camera system, the rear fingerprint sensor (albeit in an adjusted position), and the iris scanner, with Samsung specifically focusing on a few areas for improvement:

Upgraded S Pen: It wouldn’t be a new Note without a new S Pen, and Samsung is teasing some pretty big upgrades for this year’s model.

A boost to accuracy and sensitivity seems like a safe bet, but the big changes could come in the addition of Bluetooth to the stylus, allowing it to be used as a remote control.

More battery life: Based on Samsung’s teasers for the Note 9, battery life is going to be a big selling point for the phone. Rumors suggest that the Note 9 might feature a 4,000 mAh battery, roughly 14 percent larger than the 3,500 mAh one found on the ill-fated Galaxy Note 7 (as well as the smaller 3,300 mAh battery in last year’s Note 8).

That’s room for a lot of battery life — assuming Samsung really has learned its lesson from the Note 7.

More storage: Also leaked in Samsung’s promo video, the Note 9 will come with up to 512GB of on-board storage, which, when combined with a 512GB microSD card (the largest currently on the market), means that users will be able to pack a full terabyte of storage into their phones.

Just don’t expect getting that amount of storage to come cheap — the 512GB version alone will be expensive, and that’s before you factor in another $350 or more for a 512GB card.

Better cameras: Given that it’s a new Samsung smartphone, expect there to be some upgrades to the camera, with a possible upgrade to the dual-aperture system that Samsung introduced with the Galaxy S9.

Faster speeds: Like the Galaxy S9 before it, the Note 9 will likely feature an upgrade to Qualcomm’s latest Snapdragon 845 processor, along with the chipmaker’s newest (and fastest) modem.

Fortnite: In case you’ve been living under a rock this year, Fortnite is the biggest game in the world — and the long-anticipated Android port may be a timed exclusive to the Galaxy Note 9, if the rumors are true.