‘Cebu and its place in cinema history’ tackled in MTRCB Summit 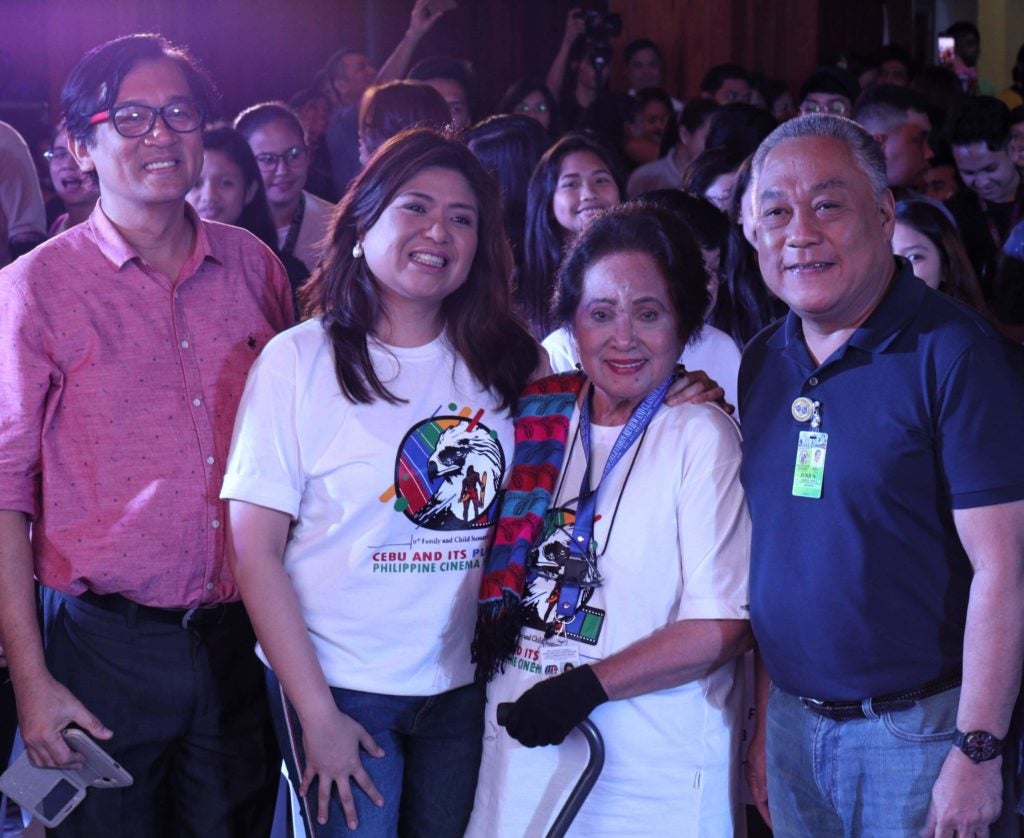 CEBU’S rich cinema history took centerstage in this year’s 6th Family and Child Summit organized by the Movie and Television Review and Classification Board (MTRCB).

With the theme, “Cebu and its place in Cinema History,” the one-day summit was held at the Social Hall, Cebu Provincial Capitol last Friday. It was attended by teachers and students from different universities in the province.

MTRCB Chairperson Rachel Arenas said they want to recognize and honor Cebu for its contribution in the 100 years of Philippine cinema.

Arenas said Cebuano filmmakers should be honored and that it’s time for millennials to appreciate what the Cebuanos have done for Philippine
cinema.

“For the past five years, all summits were done in Manila. Why don’t we bring it to Visayas and Mindanao?,” she said.

To produce more Cebuano films, she wants the MTRCB to get in touch with the sectors from different regions.

Their office is also closely working with the National Commission for Culture and the Arts (NCCA) for the Cinema Rehiyon.

“We encourage regional filmmakers to show their films,” she said.

Deocampo talked about the history of the Philippine cinema and emphasized Cebu’s great role in its development.

He said that based on his interview with Luis Nepomuceno, the son of the Father of the Philippine Cinema Don Jose Nepomuceno, the first film of the family was a documentary about the funeral of Dona Estefaña Osmeña, the wife of the late House Speaker Sergio Osmeña Sr.

“Actually, the making of Philippine cinema started, the production started in Cebu. Pero we need more facts ha. Ito ay dokumento lamang at mga claims. It can be debunked. Ang problema lang ay kung sino pa ang may mas kaalaman sa akin. Give us your proofs that it is otherwise,” he said during his presentation.

He said this theory is possible because Nepomuceno was a documentarist before he directed his first feature film, “Dalagang Bukid” in 1919.

Known as the Father of Philippine Cinema, Nepomuceno set up the first movie studio in 1917.

Deocampo advised filmmakers to learn more about the history.

“You get to know where you are going if you know your past,” he said.

In his talk titled, “The Filipino Family and Philippine Cinema: Through The Years,” Reyes underscored the importance of family in movies.

“I think there is nothing more important than the Filipino family,” he said.

Reyes said she considers romantic love and love of family as popular subjects for entertainment because of the kind of family culture the country has.

“What makes us Filipinos? The family. Our love for family defies our censored politics, our choice of language. The idea of family allegiance which is so strongly rooted in Asian culture binds us together as a nation regardless of language and territory,” he said.

Cebuano filmmakers to use the Cebuano language in their movies.

“Pinoy cinema cannot just be Manila alone. Your challenge is to make Cebuano films using the language of Cebuanos,” he said, stressing that culture is important in developing national identity.

The filmmaker also expressed sadness that there are fewer entries from regional filmmakers.

“Stop being so urbanized. There is such great wealth in your region. You have to be dignified that and it is so sad if you don’t want to share it,” he said.

At the summit, Sevilla expressed that she is proud to be a Cebuana representing Cebu in the movies.

“Dili matukib sa pulong og sa huna-huna akong gibati karon. I am so happy to be here,” a teary-eyed Sevilla told the audience.

She talked about her journey as an actress during the summit, saying she had always wanted to be an actress.

She recalled her first declamation piece titled “Vengeance Is Not Ours, It’s God” and joined the declamation contest at the University of Visayas (UV) where she won.

The talent scout was looking for a girl to portray the lead role of the 1951 movie “Princess Tirana.”

From 20, the aspirants were trimmed down to 10 and then, five.

Sevilla was chosen to portray the role and got to work with Matt Ranillo Jr., who became her husband.

The actress also starred in other Visayan films like Badlis sa Kinabuhi (1969) and Gimingaw Ako (1973) where she won the top acting award at the Filipino Academy of Movie Arts and Sciences Awards (FAMAS).

Dubbed as the Queen of Visayan Movie, she continues to appear in movies and on TV.

She ended her speech by encouraging the audience to support the Cebuano cinema.

Attendees of the summit also got to watch the award-winning dark comedy “Patay na Si Hesus.”

Directed by Victor Villanueva and written by Fatrick Tabada, the hilarious road trip movie won the Audience Choice award at the QCinema International Film Festival and the

Present during the summit were the Villanueva, Tabada and two of the film’s cast members, Vincent Viado and Melde Montañez