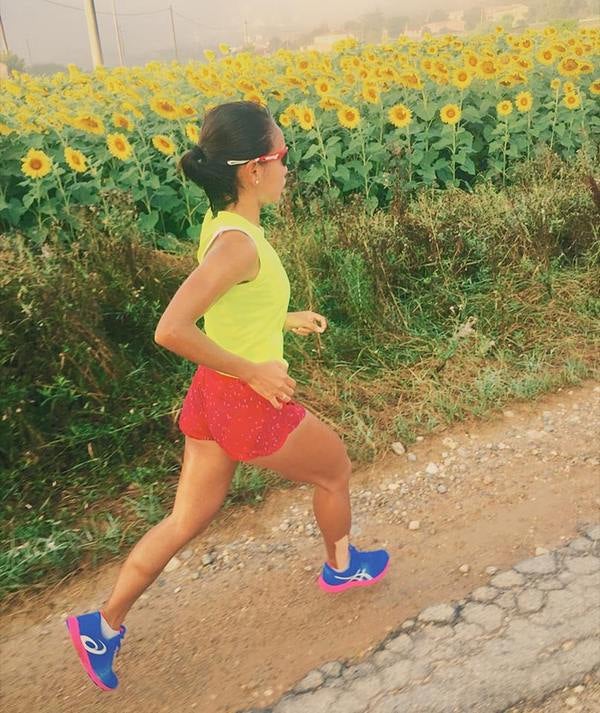 Cebuana Joy Tabal in one of her practice runs in Tuscany, Italy.

After nearly five months of intense training in Tuscany, Italy, alongside other elite long-distance runners, Cebuana Olympian and Southeast Asian Games gold medalist Mary Joy Tabal is back in Cebu, ready for her stint in the women’s full marathon in the Asian Games on Aug. 26 in Jakarta, Indonesia.

The 29-year-old bemedalled marathoner arrived in Cebu early Tuesday and is set to leave for Indonesia on Aug. 23 to join the rest of the 272-strong Philippine team that will vie in the quadrennial meet.

Tabal, in an interview with Cebu Daily News, said her ultimate goal for the meet is to win the gold medal.

“First thing in my mind is to get a medal for the Philippines even though in reality [the Asian Games] is a very competitive environment, knowing the nature of athletes [competing],” Tabal said.

Among her toughest foes will be Eunice Kirwa of Bahrain, who won the gold in the 2014 Incheon Asian Games with a time of two hours, 25 minutes and 37 seconds.

Kim Hye Song of North Korea is also one of the top contenders. She has a personal best of 2:27:31. She is also the twin sister of current Asian Marathon Championships gold medalist Kim Hye Gyong.

Tabal’s best time is 2:43:53, a mark she hopes to improve in her stint in Indonesia for a bigger cause.

Tabal said the Italy training helped her in many ways.

“The program (training in Italy) was good, I can say that it was very successful. The overall result of that training helped me a lot to gain not just the improvement of my skills but also my confidence as the Asian Games approaches,” she said. “I trained with Italians, Japanese, Burundians, Ugandan athletes, also from Spain and Thailand. I am so much prepared and I’m ready.”
First Asian Games

Tabal will be making her first Asian Games stint, which might be added pressure for her going into the race.

But she is taking her time to condition herself to deal with the pressure.

“Right now I’m in the stage of acclimatizing, time adjustment, conditioning myself to the game pressure and excitement as this is also my first Asian Games,” said the Milo Marathon queen.

Tabal added that at this point, all she wants to do is stay focused on the task at hand and not doubt her capabilities.

“I think the toughest challenge does not come from my fellow marathoners in the Asian Games but it is in myself. But I will do my best to overcome self-doubt and give my best to achieve the goals

I’ve set for this race,” Tabal explained. “My motivation is my family, my country, the people that believe in me, my sponsors who trust me and strongly believe that we can do this for the love of the game.”