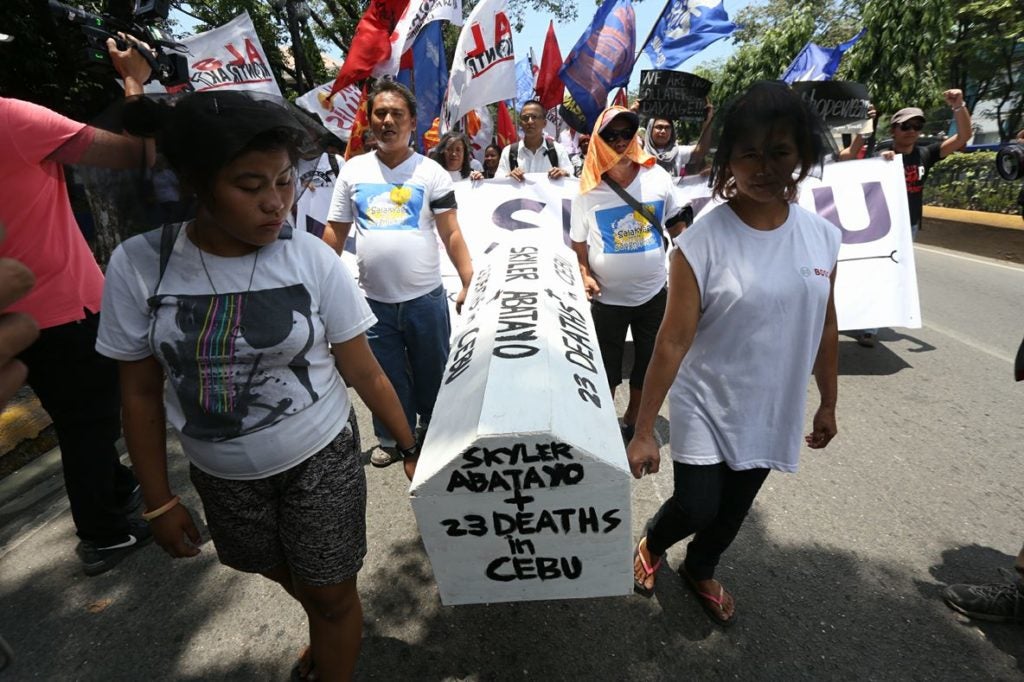 The Nagkahiusang Sugbuanon Alang sa Kinabuhi ug Hustisya (Nasukhu) will submit their manifesto calling to stop the spate of killings to the Police Regional Office in Central Visayas (PRO-7).

Commission on Human Rights in Central Visayas (CHR-7) chief investigator Leo Villarino said at least 13 cases of killings involving policemen are officially docketed in their office for investigation from January to July 2018.

“We sent them subpoenas for their autopsy reports, for their men involved to appear in our office and explain. But the officials are stopping them,” Villarino said.

“Kinahanglan padayunon ang kaisog sa pagsagubang sa problema nga atong gi-atubang karon. This is the second time in Philippine history that we stand against the government that stands in two forces, the military and the police,” said Dr. Phoebe Sanchez of Karapatan Central Visayas.

Members of militant groups and family of victims of the spate of killings were present in a forum that calls to fight for human rights and human dignity on Thursday (August 23).