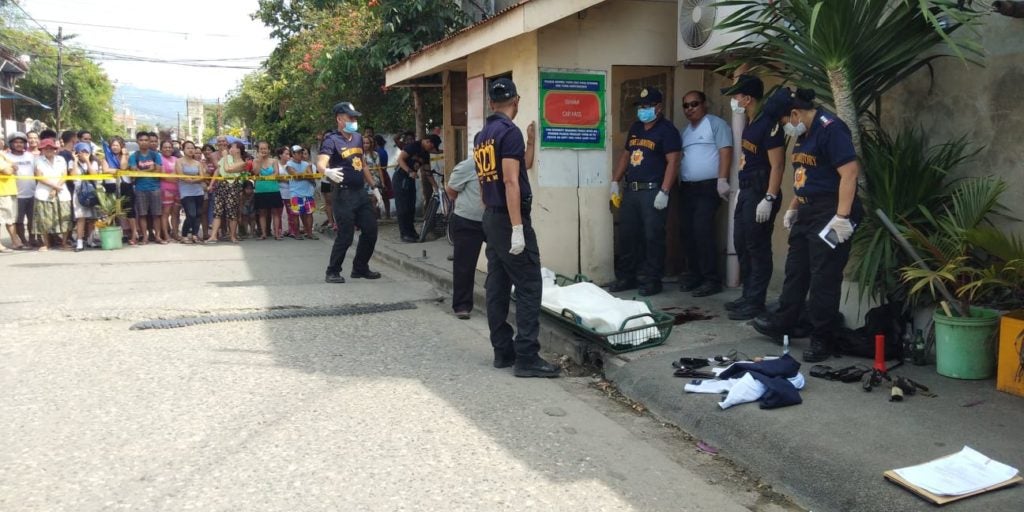 A 39-year-old security guard was shot dead by an unidentified gunman at Singson Village in Barangay Tipolo, Mandaue City at past 7 a.m. on Thursday (August 23).

The victim was identified as Wendelou Paciencia, who was declared dead on the spot after sustaining gunshot wounds on his body and head.

SPO1 Ricardo Petiluna of Subangdaku police station said that the gunman, who was wearing a surgical mask, approached Paciencia and fired shots at him several times.

He then fled the area on board a motorcycle with another unidentified man who was waiting for the gunman a few meters from the crime scene.

At least five empty shells of a .45 caliber pistol were recovered from the crime scene.

Police are now conducting an investigation to identify the suspects and the motive of the killing.