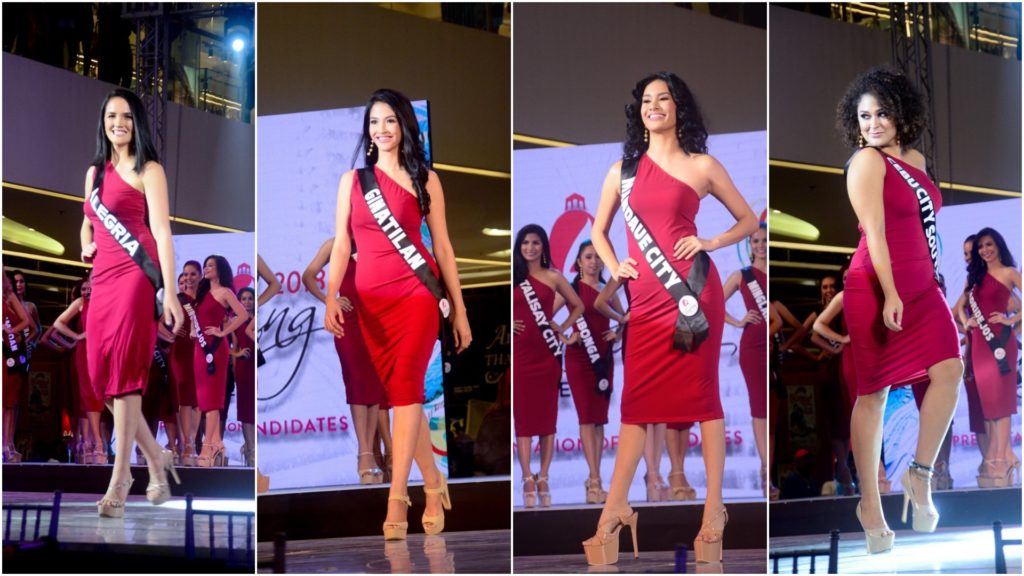 THEY’VE already joined and won national pageants but these ladies are taking a shot at the Binibining Cebu title.

Kimberly Covert of Alegria, Steffi Rose Aberasturi of Mandaue City, Vanessa Ammann of Cebu City South, and Sharon Angel of Ginatilan are no newbies in the pageant world who are taking a chance at the crown.

Covert, who won Miss Philippines Earth (Water) in 2014, said she decided to join Binibining Cebu because she wants to inspire single mothers like her to pursue their dreams of becoming beauty queens.

“I feel like it is more a platform for me. The stage is an opportunity for me to inspire women to empower themselves,” she said during the press presentation held at the Mountain Wing Atrium of SM Seaside City on August 24.

Aberasturi said the charity work of the Binibining Cebu 2017 winners inspired her to join the pageant.

”It really captivated me that the Bininibing Cebu winners are not just for the crown but they are also helping and reaching out to the people. This is not just about the prestige or the crown. For me, it is about service,” she said.

First, she wants to encourage her fellow single mothers and show that it is not too late to join pageants. Second, she is offering it to her grandmother who passed away last month.

Ammann, who was named Miss World 2012 Second Princess, said she is happy that the pageant is open to all types of women.

“This is the most prestigious pageant in the Visayas. I am so proud to be standing in front of you today,” she said.

Up next for the candidates is the Resort Wear and Swimsuit Pre-pageant Gala Dinner on September 26 at Mandani Bay.

Their Pre-Pageant Interview will be October 14, also at Mandani Bay.

The Grand Coronation Night will be on October 19 at the Pacific Grand Ballroom of the Waterfront Cebu City Hotel and Casino.