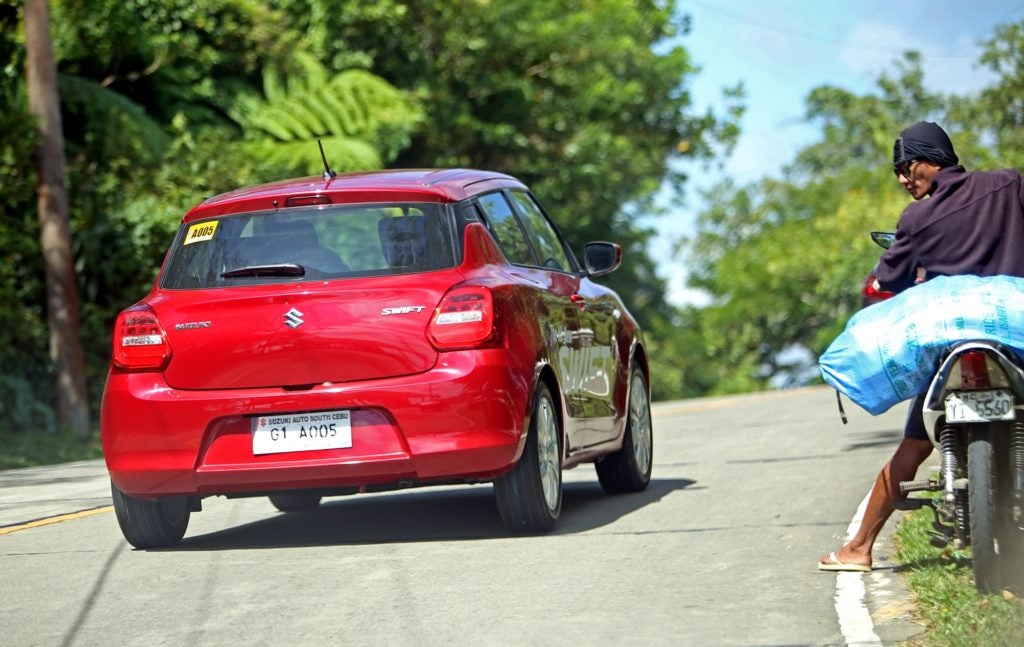 The all-new Suzuki Swift and Dzire has recently arrived in Cebu and so far, both have quite made an impression.

In fact, both vehicles are keeping the sales guys at Suzuki Auto South dealership in Mambaling, Cebu City busy lately.

It’s no surprise, actually, since the two do have qualities that fit the Cebuano market. The dealership allowed Cebu Daily News to test both for a weekend drive to prove this point.

The fourth-generation Swift is still fun to drive, even made better with its lower and wider stance in this model.

It’s 1.2 K12M engine may have a so-so output on paper (82 horsepower and 113 newton meter of torque) but it does perform well on our roads, considering we really can’t get it going for long stretches because of the traffic.

But we did take it to Busay and it still performed decently, with three occupants on board.

What really hit us, though, is its styling. The new Swift does turn heads with its more aggressive stance, especially from up front. The rear also has improved a lot with squarish taillights with LED.

It’s really a car with a solid combination of style and practicality. Traits Cebuanos are fond of.

The Dzire, meanwhile, offers a more sportly feel this time because of its Auto Gear Shift transmission.

It is also longer and wider to make it more stable on the road. The major design change at the C pillar makes it a way better version compared to the model it replaces. 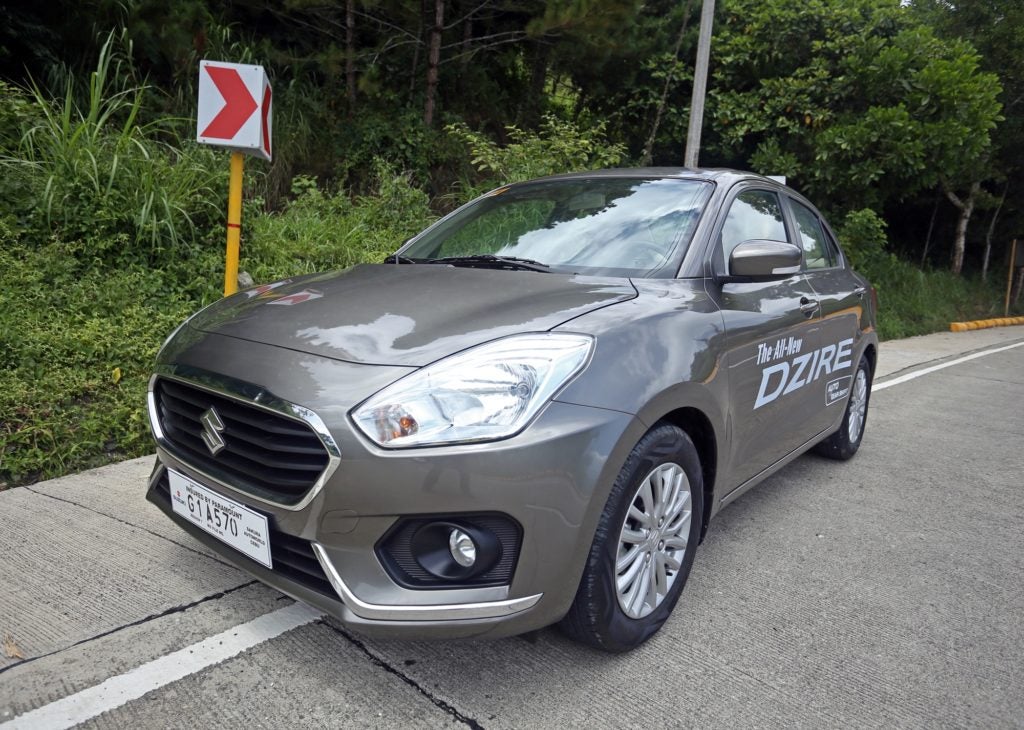 Another highlight is the air-conditioner vent for rear passengers on all variants. This is something we haven’t seen in cars in this segment before.

The hardworking sales guys from Suzuki Auto South explained that that the AGS combines the characteristics of manual and automatic gearboxes. It really is a manual-transmission gearbox with a shift control actuator mounted on the box itself. That actuator operates the clutch and shifts for the driver.

There are a lot of advantages of this system such as a more direct feel compared to a torque converter-handled automatic or CVT. But the more important one is the fuel economy factor. A huge help in this congested roads of ours.

As for its looks, well, we’ll let the pictures do the talking.

Check out some of the photos we took during our drive through the Transcentral Highway. Yup, that 1.2-liter engine in both vehicles survived that treacherous climb.