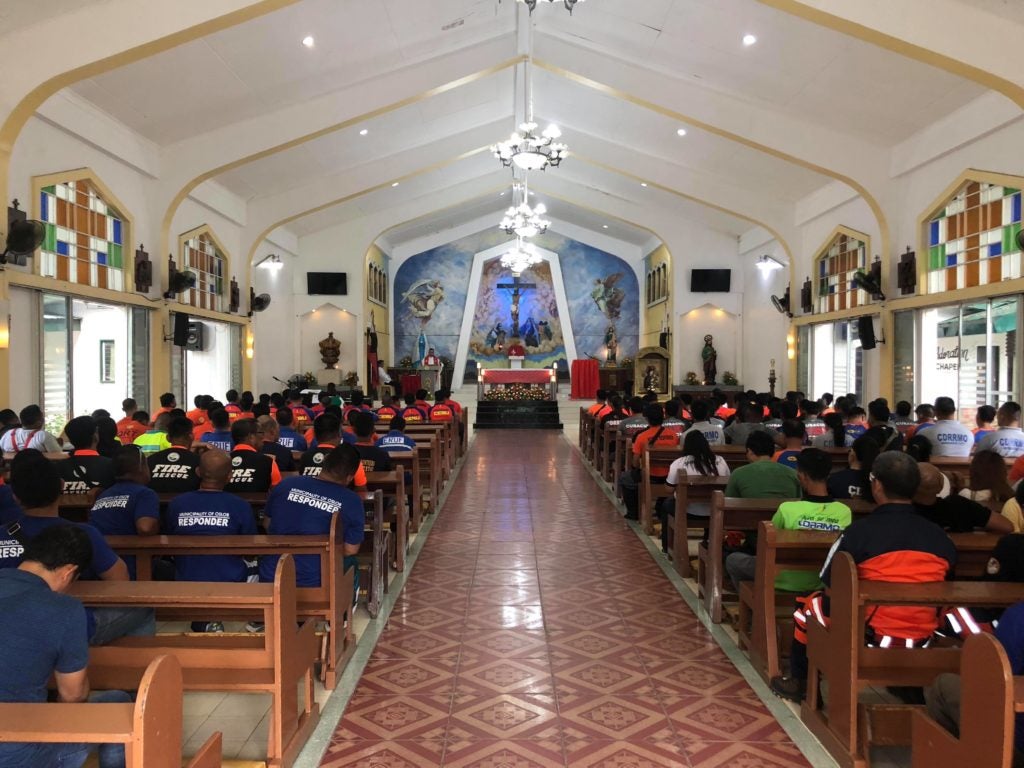 A Mass is being held at the Central Command Headquarters in Barangay Lahug, Cebu City before starting the 4th Emergency Responder congress. / CONTRIBUTED PHOTO.

The congress aims to equip local responders on disaster preparedness.

It will also give emphasis on the importance of a resilient attitude to achieve a sustainable progress.