Convergys PH at 15: The Number of Success 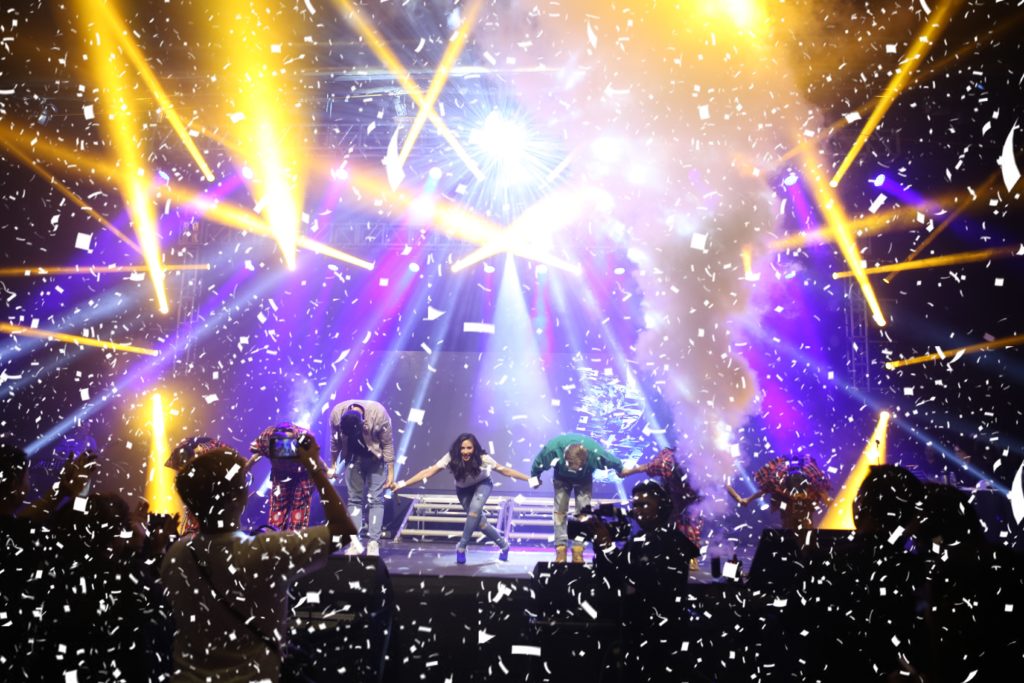 Confetti rains over the concert cast starring Sarah Geronimo, Xian Lim and Sam Concepcion and an appreciative Convergys audience at the end the amazing concert

Convergys Philippines, one of the largest and leading BPO companies in the country, celebrated its 15th anniversary this August with a 2-part concert series for employees nationwide. With the theme “Made By YOU – Celebrating Our Stories, Embracing New Possibilities”, Convergys puts its people front and center, recognizing that employees are at the core of its success over the past decade and a half. 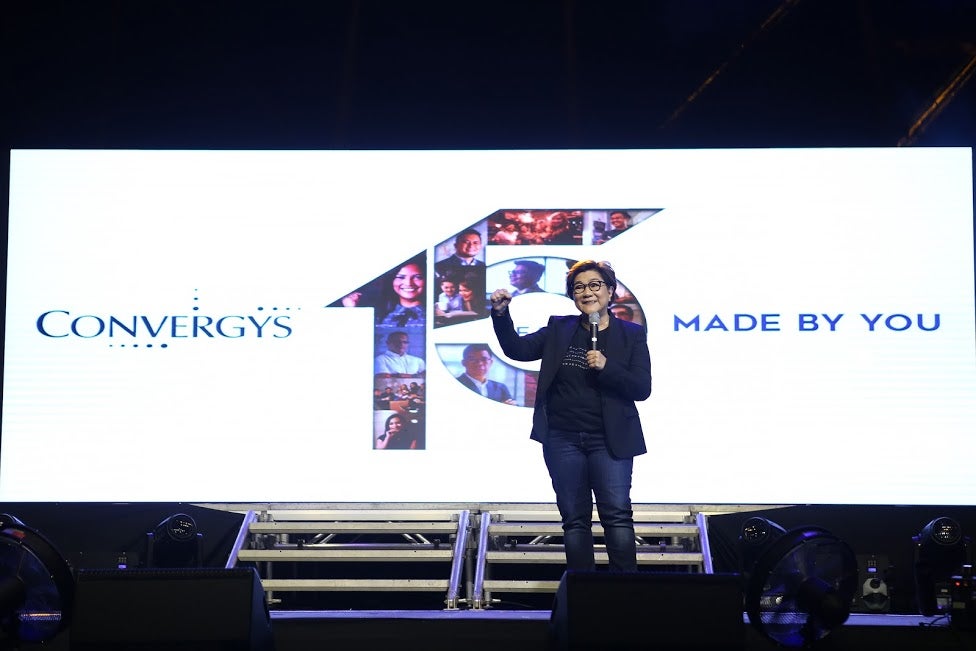 Convergys President for Asia-Pacific Ivic Mueco shares about the journey of Convergys being about the stories of its employees, accomplishments made by them, and the bright future ahead

This focus on people has been true since Convergys Philippines opened its first contact center back in 2003, creating jobs and careers for talented Filipinos with its nationwide expansion, and helping build its communities and the country’s economy in the process. This same focus has enabled a number of breakthroughs such as nationwide operations from North Luzon to Mindanao, being first to be inducted into the ICT Hall of Fame as Best Company and Best Employer, first BPO in the world to gain the global standard on workplace gender equality, and sustaining its position as the country’s largest private employer. More than anything, this focus on people is perhaps the greatest quality the company has tried to sustain for the past 15 years – a place where employees know that they truly matter. 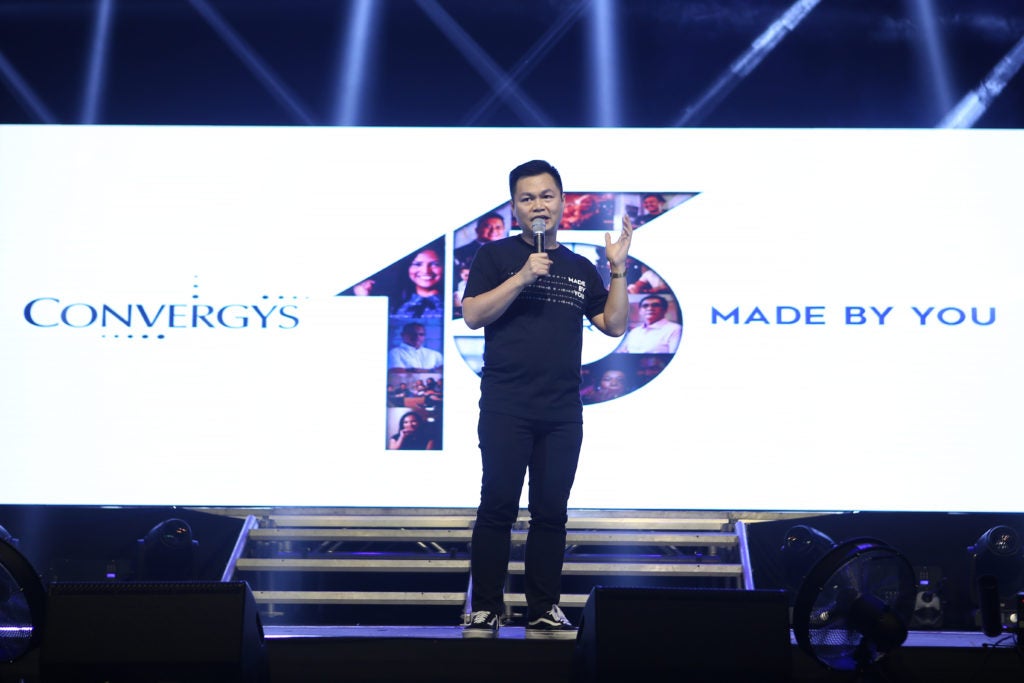 Convergys VP of Human Resources for Asia-Pacific Rain Tan gives his opening remarks with a roll call for Cebu, Bacolod and Davao teams

Now, 15 years of growth and 55,000 employees later, Convergys celebrated this milestone in the BIGGEST and BEST way, with another breakthrough: a two-part concert series, one in Manila for its Luzon team and another one in Cebu for its VisMin team. All employees nationwide got to watch the concert as it was live-streamed in the company’s offices for those unable to physically attend in the venues. 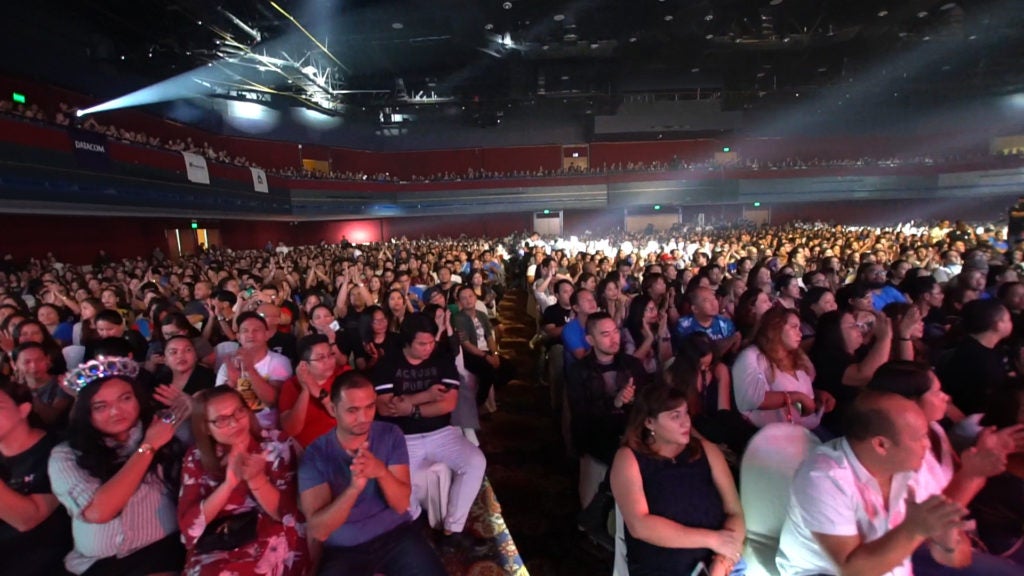 A Convergys VisMin crowd of 4,000 people gather at Waterfront Lahug and thousands more watch the live-streaming of the concert at Convergys offices 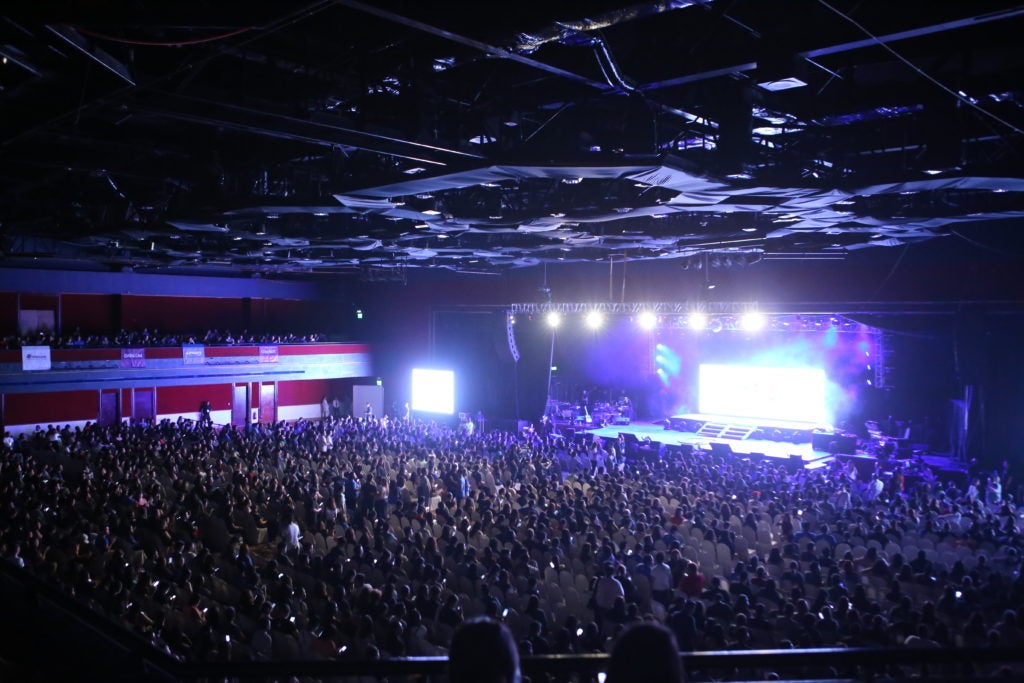 A Convergys VisMin crowd of 4,000 people gather at Waterfront Lahug and thousands more watch the live-streaming of the concert at Convergys offices

Both concerts headlined Popstar Royalty Sarah Geronimo. In the Manila leg, she was back-to-back with Asia’s Songbird Regine Velasquez, the first time ever that both industry giants co-starred together, and Convergys was the one who successfully pulled off the coup. 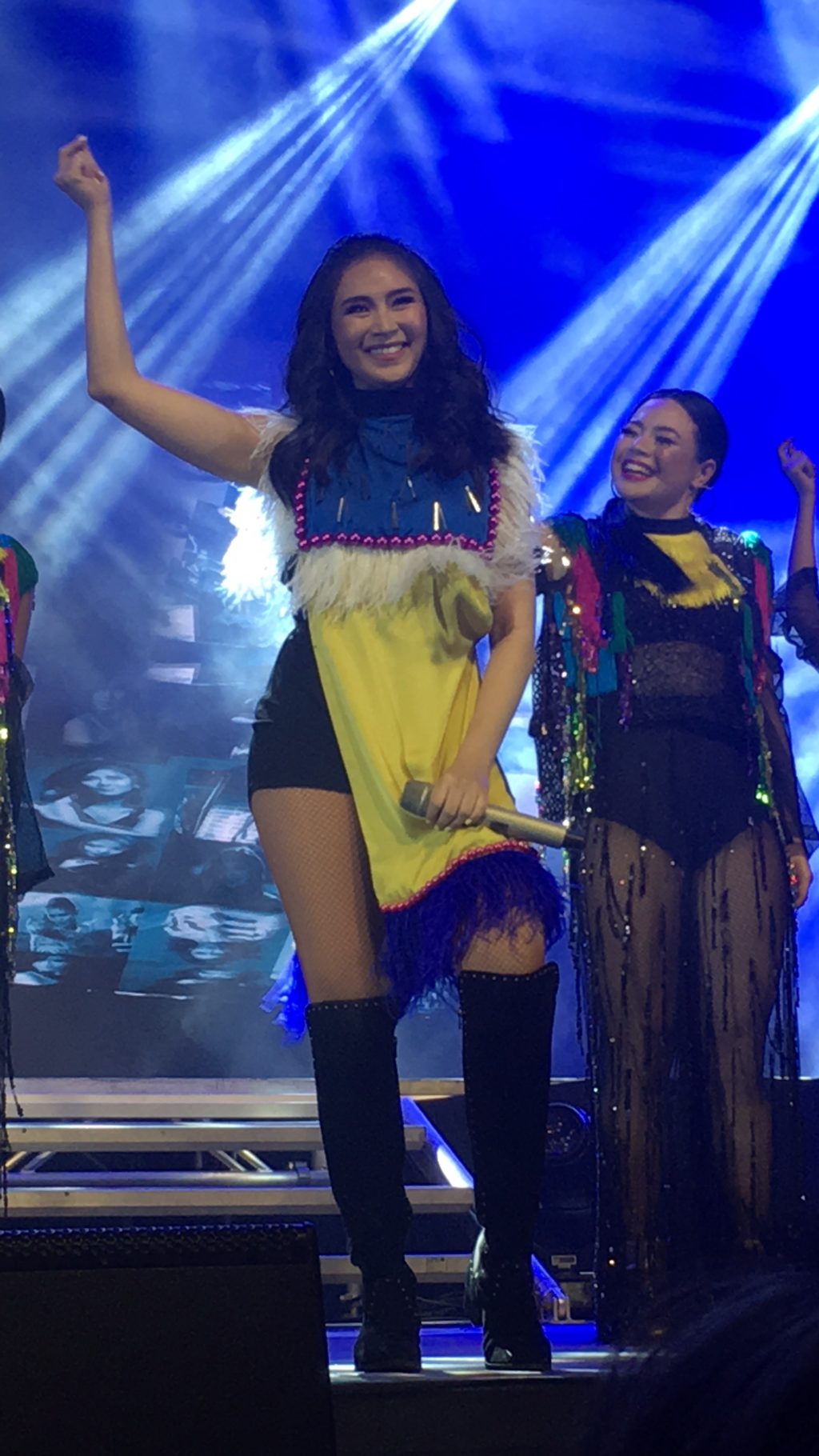 Then, on August 25, Convergys brought Sarah Geronimo to Cebu’s Waterfront Hotel for the second part of the anniversary concert to thank the Visayas and Mindanao-based teams. Sarah was joined by Xian Lim and Sam Concepcion. The trio captivated Convergys Cebu, Bacolod and Davao employees in song and dance performances that ran well over 2 hours.

Sarah, who is also celebrating her 15th year in the music industry, related her personal success story and values being parallel to the journey of Convergys and its people: talent, determination, hard work, and dedication to excellence. The company’s workforce are the very reason that Convergys has maintained its status as an industry leader. With stories similar to  Sarah’s, they also realized their dreams through hard work and commitment, were able to provide for their loved ones, and contribute to the company’s legacy. 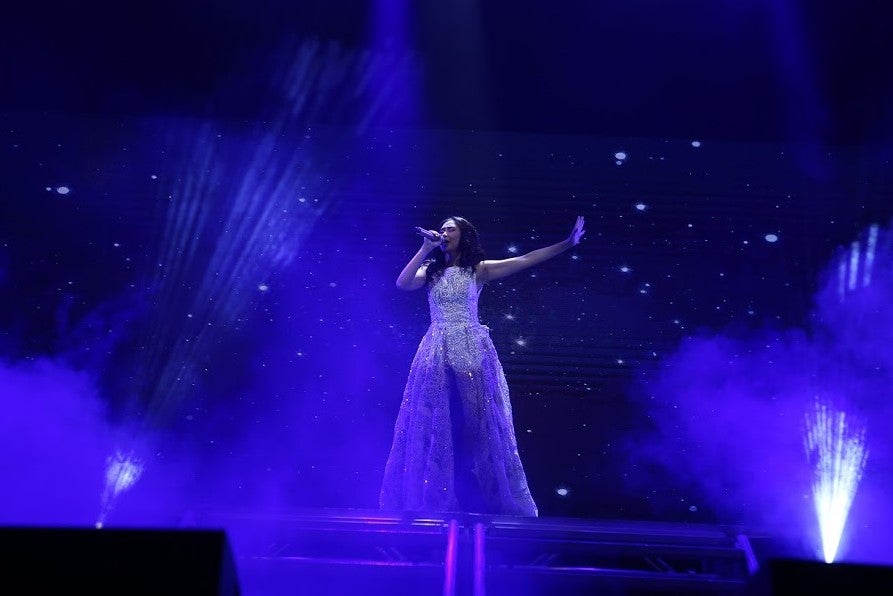 As Sarah headlined the Cebu concert for Convergys’ celebration with its VisMin team, the message was clear: Convergys is breaking new ground and embracing new possibilities. Convergys’ success in having the topnotch artist perform for greatly appreciative employees in jampacked concerts also signaled a welcoming of a new chapter in its journey. The concert series title stayed true to theme: “Convergys at 15: Made By YOU – Celebrating Our Stories, Embracing New Possibilities.”

With its track record, Convergys has every right to look to its future with both satisfaction and optimism – with the assurance that its team is moving forward every step of the way, together. 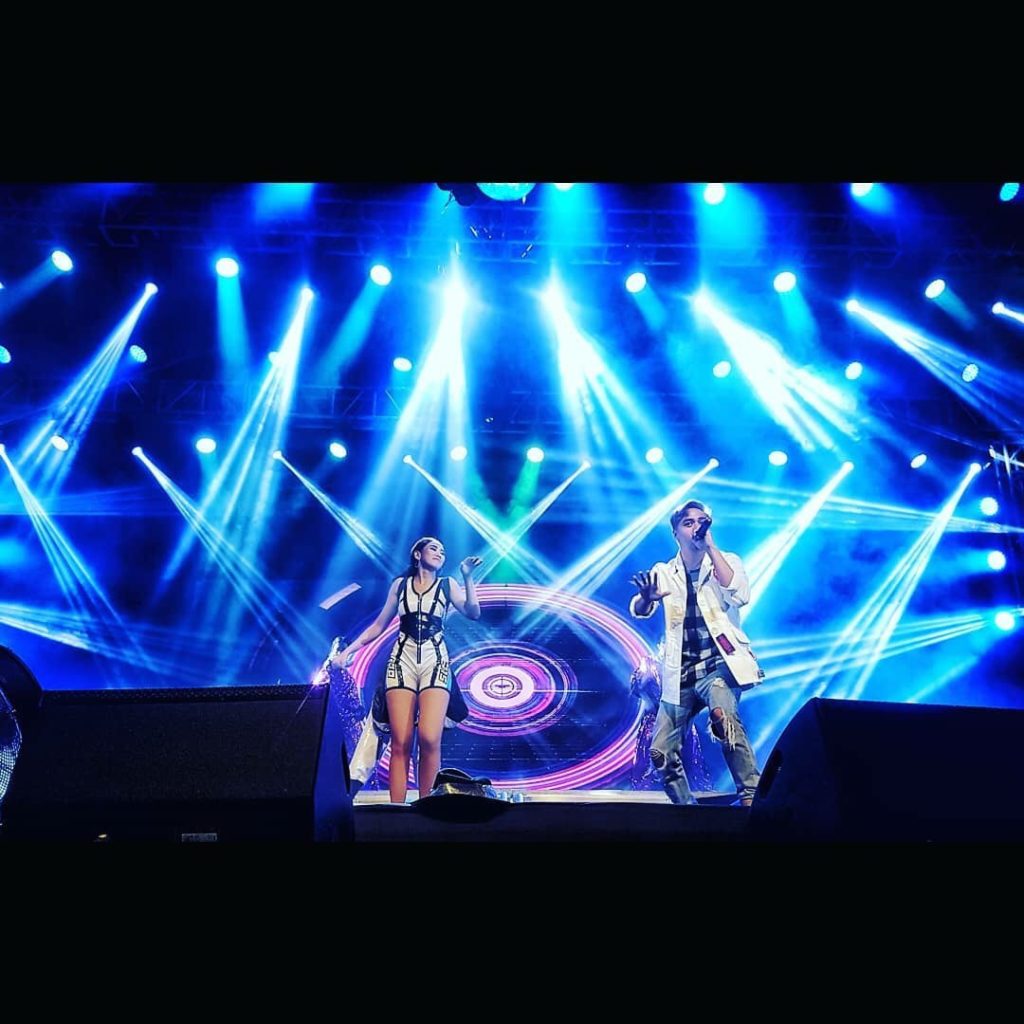 Sam Concepcion impresses with his combo of singing and dancing skills in a high-energy repertoire with Sarah G.

“From the very beginning, our people, and the commitment we have to their growth and to the country, have been the backbone of our company,” says Convergys President for Asia-Pacific Ivic Mueco. “This celebration is to show our employees the gratitude and appreciation they so deserve, and to recognize the stories they made that brought us the industry leadership position we have today. In holding this concert – itself also a first – we are not only celebrating a milestone, we are also showing that the possibilities remain endless. Together, we are excited to become even stronger and better as we continue the journey forward,” she closes.