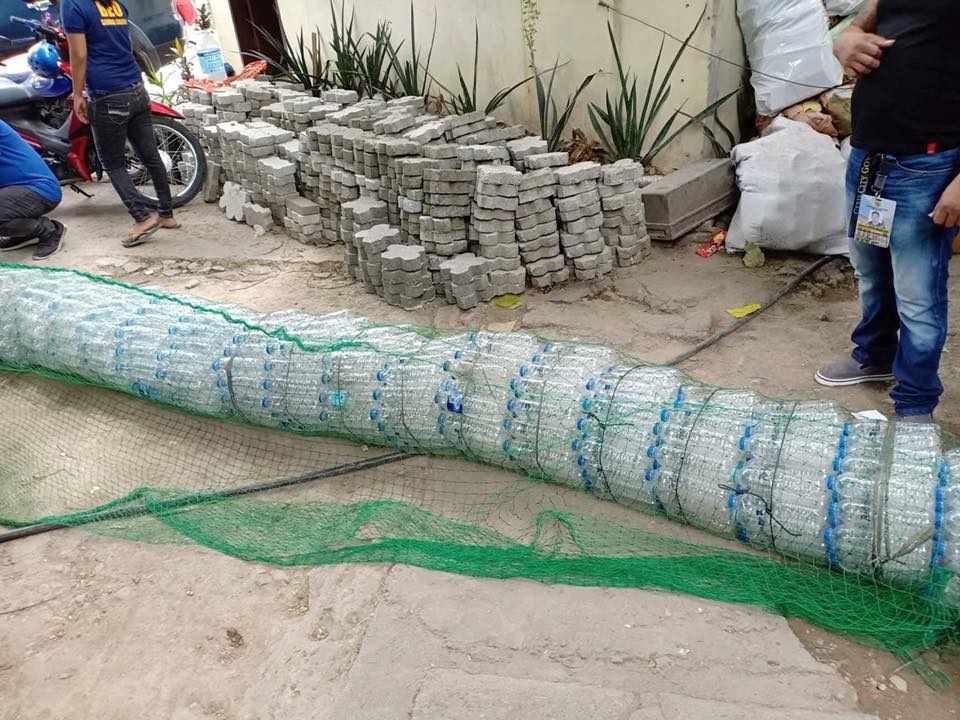 Nets used as floaters will soon be installed on riverbanks and other waterways in Cebu City to prevent garbage from going out to sea.

Called biofences, the floaters are made from recycled plastic bottles wired together before these are wrapped in fishnets that are designed to swing loosely underwater.
Each of the biofence is about ten meters long and half-a-meter wide and cost around P800.

“We have long been planning to do something about (the) water pollution here in Cebu City. This is one step to helping the environment,” Cabrera told Cebu Daily News.

The CCENRO tested a prototype of the biofence on the waters of the Pasil fish port on September 6 to especially see if this can withstand strong current.

Cabrera said that they plan to start mass production of the biofences next week and have their finished products installed in bodies of water in the city before the year ends.