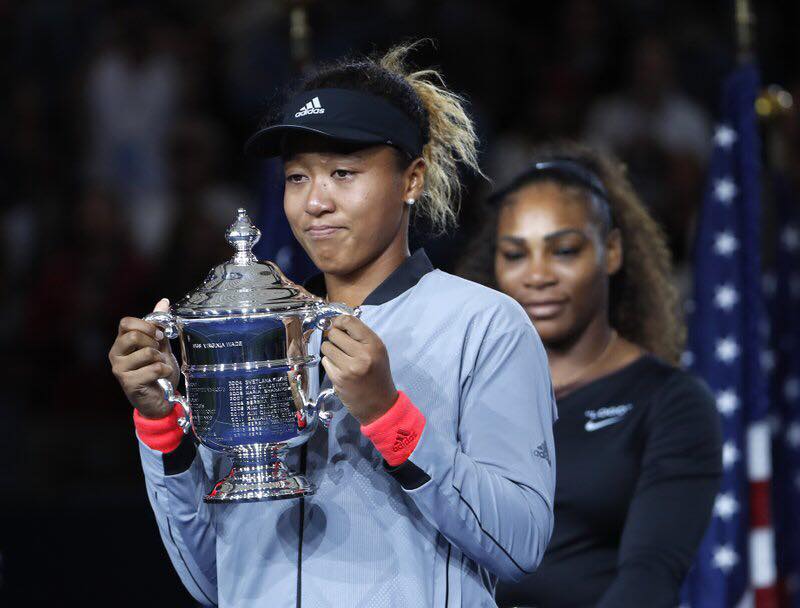 NEW YORK (AP) — Naomi Osaka walked to the net, the excitement of being a Grand Slam champion mixed with a bit of sadness.

She grew up rooting for Serena Williams, even did a report on her way back in third grade. Her dream was to play her idol at the U.S. Open.

So when she had actually done it, beating Williams 6-2, 6-4 on Saturday night to become the first Grand Slam singles champion from Japan, why was it so difficult?

“Because I know that, like, she really wanted to have the 24th Grand Slam, right?” Osaka said. “Everyone knows this. It’s on the commercials, it’s everywhere.

“When I step onto the court, I feel like a different person, right? I’m not a Serena fan. I’m just a tennis player playing another tennis player. But then when I hugged her at the net … I felt like a little kid again.”

Osaka teared up as she was finishing her answer, still overwhelmed as she juggled the idea of her winning and Williams losing.

Though her nerves on the tennis court don’t show it, it was a reminder of just how youthful the 20-year-old Osaka is. Not since Maria Sharapova was 19 in 2006 has the U.S. Open had a younger women’s champion.