Foot patrols near jail urged to beef up security 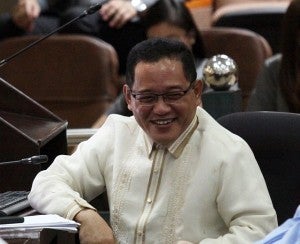 CONCERNED about the safety transporting inmates to the court house for hearings, relatives asked for a tightening of security through foot patrols on the roads outside the jail facilities, especially after the ambush of a jail vehicle resulting to the death of everyone on board.

Cebu City Councilor Dave Tumulak reiterated the request of the relatives of the inmates at the city jail for the police to conduct foot patrol on the roads outside the facility.

“We’re also urging the police for a speedy investigation, and have our policemen observe or secure the routes going to the court by doing a foot patrol,” said Tumulak.

Officials at the Cebu City Jail assured detainees that they will be transported safely to the court houses for their hearings.

Jail Supt. Renante Rubio, warden of the Cebu City Jail, also urged relatives of the inmates to tell their loved ones that they are compelled to appear for court hearings otherwise, they may be cited for contempt.

“But so far, no inmates or their relatives have approached us to express concern on their safety after the incident (with CPDRC personnel and inmate).

We are trying our best to provide the best security,” said Rubio.

“We don’t have any choice but to transport inmates for their court hearings. If we don’t, the court may cite us for contempt. And we don’t want that,” he added.

All three were shot dead.

CPDRC is located just a stone’s throw away from the Cebu City Jail in Barangay Kalunasan, Cebu City. Each jail facility houses over 3,000 inmates.

Yesterday’s ambush came just two months after four inmates of the Talisay City Jail were also killed at the Maghaway Road, Talisay City while on their way to attend their hearings. All the inmates were facing cases of illegal drugs.

Tumulak, who is the Deputy Mayor on Police Matters, said some judges have started to express concern since detainees apparently are now hesitating to attend their court hearings.

“The judges told us that they’ve noticed this after what happened in Talisay City. So, we’re also asking the inmates to appear before the court,” said Tumulak.

“If they don’t appear before the court, it will only add backlogs for the court. And our jails may start to overcrowd,” he added.

Read Next
Bus fares up by P5