THE INCLUSIVITY OF DEMONS: How Universal Studios Singapore throws a party for literally everyone 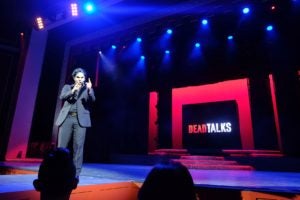 GIDEON GRIM, premiere Motivational Death Coach, is a tongue-in-cheek show with zombiefied dancers, incredible LED sets, and sharply-written comedy, presents DEAD Talk inside the Pantages Hollywood Theater, for that needed break from all the walking.

Right off the bat I’m going to tell you I wasn’t there for the screams.

It’s difficult to scare someone who sees actual dead people, so that was off the table.

But the limited-run Halloween Horror Nights 8 (HHN8) at Universal Studios Singapore (they run from today only until Oct.31) turned out to be a fascinating study in local lore, and quirky innovations on how horror can be served fresh, with a dash of gore to appeal to Western tastes, and the terror that comes with childhood fears.

Especially if your childhood is Asian. 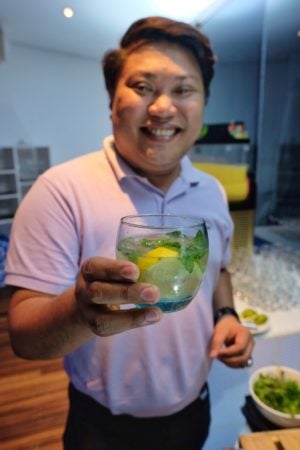 Even if you’re not easily scared.

“When we were designing this,I came from an Australian perspective that horror was blood and guts,” shares Markham
Gannon, Creative Director of HHN8.

There is, in fact, a surplus of that.

The prosthetics from the Killuminati, the first and most fascinating of five haunted houses in the sprawling 20-hectare theme park, was replete with Hollywood-quality disembowelment, crimson blood on the floor and walls, human sacrifices, a daring 8-meter high scare stunt with a vampire, and hidden doors and concealed entrances in a reconstruction of a bordello of blood populated by a secret society of Chinese vampires which has existed for centuries.

Here, groups are forcibly split, to pursue adventures in pathways unique from their peers.

My favorite was two hallways divided by a glass partition, where we could see the other three members of our group terrified by
dismembered body parts. 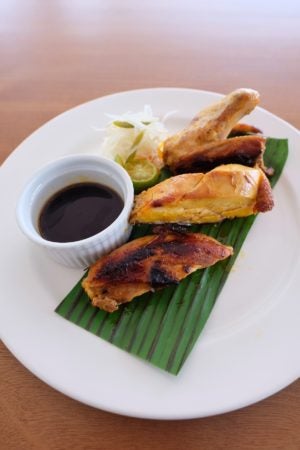 We banged on the glass to call their attention, and then realized with a start that it was a one-way mirror, and that we could see them, but on the other side, they thought the banging was from the resident demons.

“So you can come every night and still get a different experience,” says Gannon.

“But I didn’t realize until I came here that horror was different for Asians,” Gannon concludes.

Fear is triggered by memory, which in turn is triggered by all senses (therefore, even the smell inside the haunted houses are funked up to suit the theme of the house, and it is trippy!), and memory is different for everyone.

Which brings me to the pontianak.

A vengeful flesh-eating female spirit of Malay lore, she resides in banana trees and sniffs out her next victim in the laundry that is aired out to dry.

The set for the Pontianak House recreates a Malay village within a banana plantation, and entering it is both novel and familiar to a Filipino, who may
recognize many aspects of both the legend and the surroundings, drawing a straight line from our own Malay heritage. 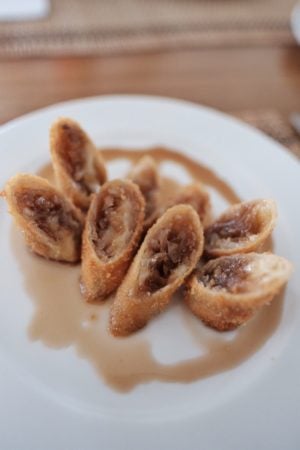 In fact, we have our own legend of a tianak that may have been directly related to this one, except that ours is the vengeful spirit of a vampiric unborn child.

More than a concession to the Asian audience, given the park’s location, the inclusion of Asian legends is a broadening of horror’s breadth to scare, including into the fold the avenging spirit of Oiwa, the deformed Japanese ghost who was poisoned by a philandering Samurai husband, and the serpentine demons of the Chinese Pagoda of Peril.

But there is one inclusion that is both modern, and yet so appealingly retro.

Sinewy and overbearing, and old horror and yet so spot-on now.

The Demigorgon, the iconic monster from the Netflix cult show Stranger Things comes to life in a soundstage with 12 rooms dedicated to the
series.

“We wanted to recreate 20 episodes in just a limited space, so we had to pick the most iconic scenes to present,” confesses Michele Klyne, Project Director of HHN8. 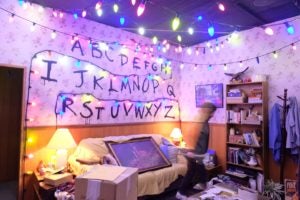 Or whatever it is you tell yourself to help you sleep at night.

By: Ervin Santiago
Faces of Cebu People and Ideas