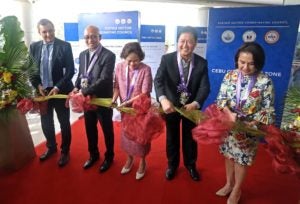 THE Supreme Court has declared Cebu City as a Justice Zone where local justice sectors can convene to discuss the problems hounding the judicial system.

The city is the first outside the National Capital Region and the second city after Quezon City to be named as a Justice Zone.

Cebu City was selected because it “has demonstrated a convergence of justice sector reform efforts like jail decongestion and court decongestion initiatives, electronic courts, and initiative to combat human trafficking among others.”

“The cooperation and coordination of the different justice sector institutions can best be achieved through providing the appropriate structure,” said De Castro in her keynote speech.

Through the Justice Zone, De Castro said, local justice sectors can create a better system that is tailor-fitted to the needs of the local community.

She also thanked the city government for donating a 1.5-hectare property in the South Road Properties (SRP) for the building of a justice complex.

Meanwhile, Councilor Margot Osmeña, who attended the launching, announced that the Cebu City Council will draft an ordinance to legalize the donation.

Osmeña said that a public hearing is set for November and expressed confidence that by the end of the year, the Supreme Court shall have ownership of the lot.

De Castro, who will retire on October 8, hopes that more justice zones will be established in other parts of the country.

“I will be watching the Cebu City Justice Zone from my retirement and I hope to visit you again soon,” said De Castro.

Read Next
Palace: People will know if Duterte has serious ailment