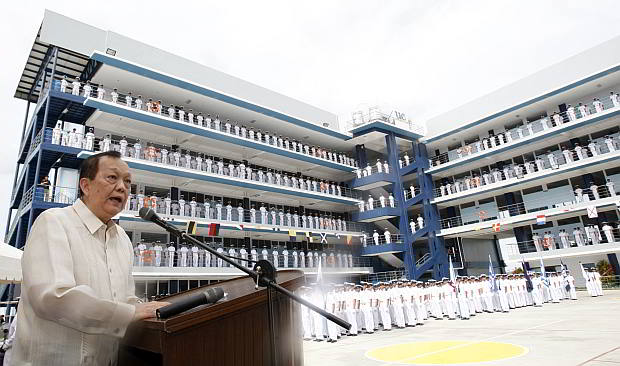 Owners of two Cebu City-based universities won’t follow their Manila-based counterparts in moving their school calendar from June to the latter months of the year.

Lawyer Augusto Go, owner and president of the University of Cebu (UC) categorically declared that he is opposed to that move. “Supak ko (I’m against it). It’s going to be costly”, Go said.

“I don’t know with University of the Philippines, Ateneo de Manila and University of Santo Tomas why they are going to do that pero kami we are dependent on high school students coming to us for our college courses,” Dr. Larrazabal said.

But there was  massive objection because of the summer months. Go said the late senator Eva Kalaw passed a law mandating that the opening of classes should be in the second week of June and not later than the first week of July.

Go said  his main objection is the possibility that they have to upgrade most of their classrooms just to put up air-conditioning systems. He said they only have air-conditioned rooms for selected classes, the laboratories and offices.

If they are going to do that, he said, they have to spend more for the air-conditioning system and for the electric bill. Go said the UC main campus in Sanciangko St., Cebu City had a monthly electric bill of P2 million.

“If we are going to put air-conditioning, you can imagine the cost it’s huge,” he said. Schools which adopted the new school calendar wanted to synchronize their period with other countries so foreign students can easily transfer here.

“But there are so few foreign students transferring here. It’s the other way around, our students are going to Australia, United Kingdom and America. Maybe we have Koreans trying to learn English here but they can come in anytime. You can count by the fingers ang foreign students,” Go added.

Larrazabal said he wants to discuss the change in school calendars with other schools and the Commission on Higher Education (Ched 7). He said the foreign students who study in CDU have adapted the old schedule of their school calendar.