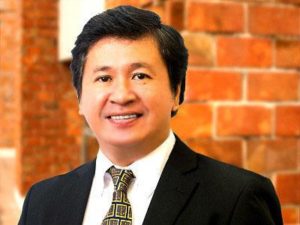 After earning his law degree from San Beda College of Law in 1990, Justice Hernando went straight into public service. He worked as a research attorney with two eminent jurists of the Supreme Court, Justice Edgardo L. Paras and Justice Florenz D. Regalado, before joining the Department of Justice as a State Prosecutor. The Bench beckoned in 2003, at which time he became a Judge of the Regional Trial Court of San Pablo City, Laguna and later Quezon City, his immediate post prior to his elevation to the Court of Appeals on February 16, 2010 at the age of 43. On October 10, 2018, at the age of 52, he was promoted to the Supreme Court.

Justice Hernando has distinguished himself in the appellate court with his honesty, probity, independence and prodigious case disposition rate – he led the entire Court of Appeals in adjudication for two successive years, in 2012 (with 370 decided cases) and in 2013 (in which he disposed of 417 cases), thereby resulting in a zero backlog docket by April 2014. His total disposal of 1,389 cases from 2010 to 2014 or a year to year average of 278 decisions, is the highest among all incumbent justices all three stations of the Court of Appeals during that 5-year period.

He has had an equally impressive stint in the Academe. He is currently a faculty member of the Ateneo de Manila Law School and since 1992 has taught subjects in Civil Law, Remedial Law, and Commercial Law in several prominent law schools including San Beda College of Law, UST Faculty of Civil Law, FEU Institute of Law, Angeles University Foundation School of Law, Xavier University College of Law and University of San Carlos School of Law and Governance.

Justice Hernando served further with distinction as a three-time Bar Examiner in Commercial Law in 2009, 2011 and 2016 Bar Examinations, and is presently a Professorial Lecturer and Member of the Commercial Law Department of the Philippine Judicial Academy, the education arm of the Supreme Court.

The 52-year-old magistrate will serve in the highest court of the land for 18 years before he reaches the mandatory retirement age of 70.