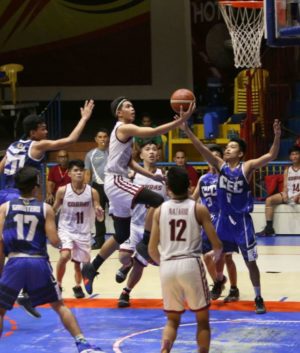 The Southwestern University-Phinma Baby Cobras ended their season in style, defeating the Cebu Eastern College Dragons, 70-55, in the 2018 Cesafi juniors basketball tournament on Friday night at the Cebu Coliseum.

Even with nothing to play for aside but pride, the Baby Cobras played with intensity from start to finish, leading by as much as 20 points late in the third before coming away with the win.

SWU-Phinma ended the season with a 2-7 win-loss card.

The Dragons fell to 2-6 with one more game to go in what has also been a down season.