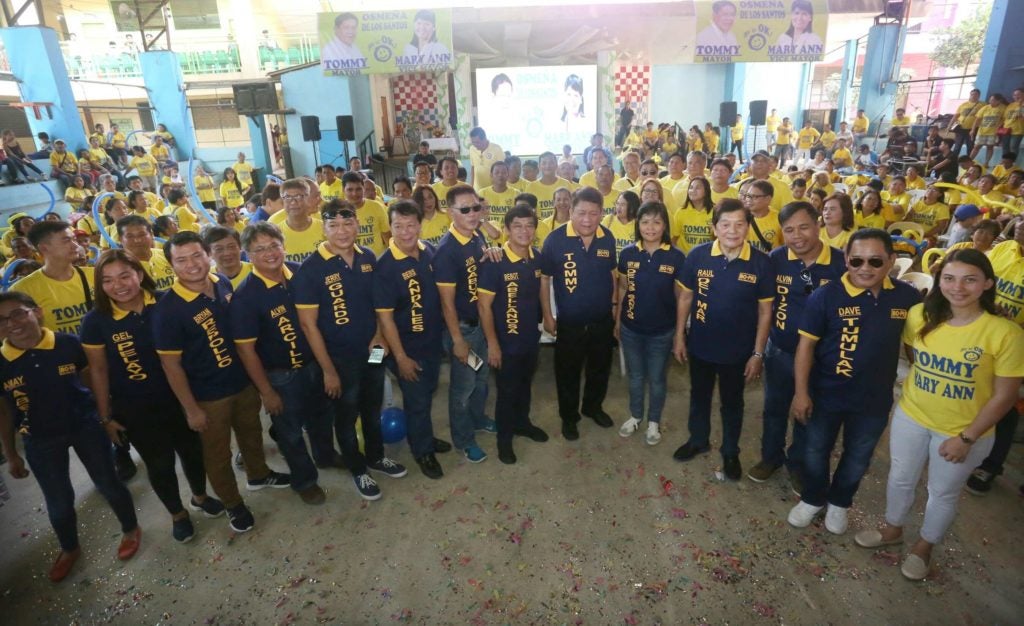 The administration group Bando Osmena Pundok Kauswagan (BOPK) is prepared for the 2019 election.

Cebu City Mayor Tomas Osmeña formally announced today that he will be seeking a reelection with Councilor Mary Ann Delos Santos as his running mate.

Rep. Raul Del Mar (north district) and Rep. Rodrigo Abellanosa (south district) will be seeking reelection in the May 2019 election.

Some old faces in the city council will try to make a come back at City Hall.

These are former councilors such as Leah Japson, Nestor Archival and Alvin Dizon from Cebu City’ north district; Roberto Cabarrubias and Raul Alcoseba from the south district; and Rengelle Pelayo, who used to be Sangguniang Kabataan Federation president.

Osmena gathered party mates and supporters for an early morning send-off mass held at the Lahug Elementary School gym before he formally announced members of his slate.

BOPK candidates are set to file their Certificates of Candidacy (COC) before the Cebu City Comelec office on Monday.