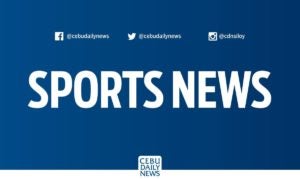 THE SEMIFINAL round of the Cesafi boys’ volleyball tournament begins today at the University of Southern Philippines Foundation (USPF) covered court in Lahug, Cebu City.

The boys’ semifinal round follows a single round-robin format with the top two teams after the round battling for the title.

USPF finished the elimination round on top with a 7-1 (win-loss) record.

SWU, USC and USJ-R ended up tied with identical 6-2 records but the Baby Cobras took the second spot because of a higher quotient.

In the girls’ side, USPF has already secured a seat in the finals, where it will face USJ-R.

Ateneo de Cebu and USC will fight for third.

There will still be semis games this afternoon for the girls’ competition but they will be no-bearing matches.

College games will also be held today at the USPF gym.