Can this be love? 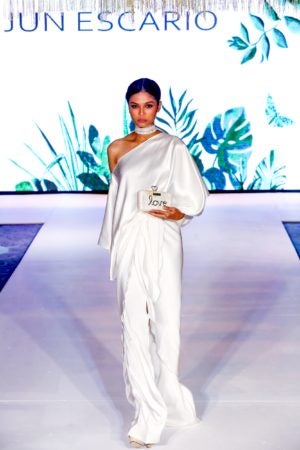 AISHA Peñalosa pierced the silence—either in the volume of applauses for permeating a bevy of seasoned colleagues or in the frequency of the blood pumped in the heart, a most probable vital sign to the most doubtful singles perched in the front seats to love again.

“We are in the wrong place,” I passed an old humor to my friends—Michael, Andrew, Cassandra—while waiting for the show to begin. None of us are married, but we were in a bridal show that has positioned the venue as a wedding destination. Even the host of the night was in an embroidered wedding gown: Phoemela Baranda in Michael Leyva

“Maybe, we will find forever in Iloilo?” Cassandra replied.

The natural composition of the city itself is already a serenade, increasing the chance of fate to bestow it. Its charm, too, was a good prop to usher in the first “Marry Me at Marriott” that Courtyard by Mariott IloIlo hosted after only five months since the hotel was launched last Oct. 20, a Saturday night.

Leyva, who also designed Kris Aquino’s yellow dress to the Hollywood premiere of “Crazy Rich Asians,” delivered sleek silhouettes with black slim
ribbons around the waist, common to the collection. The choice of mesh tulle to reveal a decent amount of skin was decided to work along with the stage lights: floral décolletage, see-through skirts and capes, keyhole bustier. 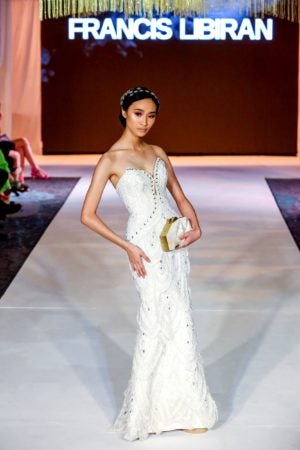 Libiran’s version of the cape is a combination of fluidity and texture. With soft sheering on the shoulder, it cascaded reluctantly: the weight of the sparkling beads that formed hints of Arabic vectors showcased the objective of using two opposite compositions.

Meanwhile, Aisha Peñalosa accepted the truce, one that the heart could skip a beat in terms of the number of surprise factors. The daughter of veteran fashion designer Jaki Peñalosa, on this particular night, has no longer trudged the footsteps of the matriarch. She is slowly becoming a creature of mastery—handwoven pineapple fibers combined with banana fibers to donate life to a series of sleek, tailored frocks.

“Years back, I never joined any fashion contests or shows with the fear of being compared to her. I’m just glad those fears didn’t stop me from really trying. For some reason, I ended up creating something very similar to her aesthetics. I’m just a bit bolder when it comes to showing skin on my creation, but I never really go far,” the younger Peñalosa, who was inspired by the rich culture of her hometown,  explained. “So now I don’t focus on how to deviate my design identity from hers; I just do what I think looks good. To my surrise, they can tell the difference but with a hint of Jaki on it.”

“I don’t really have a straightforward description of my aesthetic as I tend to sway from one direction to the other, depending on my inspiration, but if there’s something that stays, it is definitely wearability. I would marry contemporary chic with elegant traditional and form something that is flattering and wearable. Iloilo has now evolved. Even more so that the bridal Industry has doubled and created more creative work force in this field.” 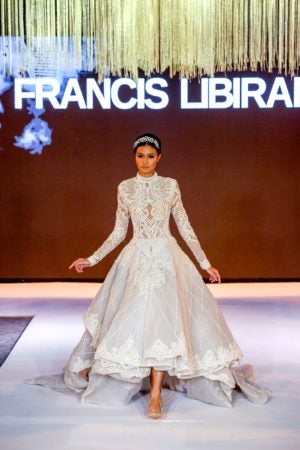 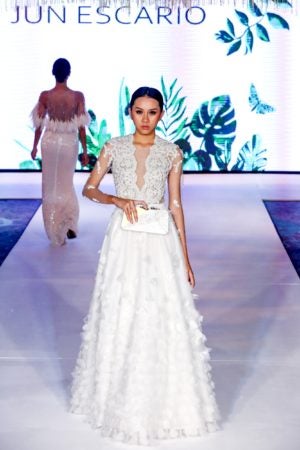 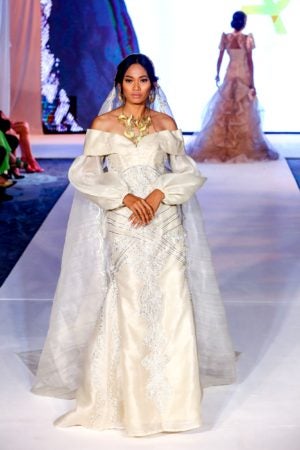 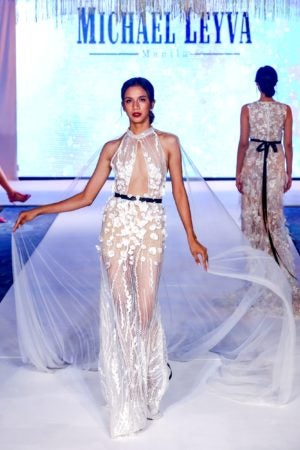