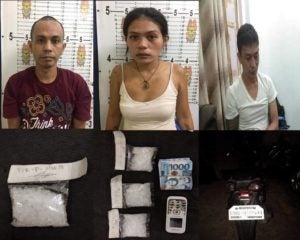 Four persons were arrested by police authorities during a buy-bust operation at the North Reclamation Area in Mandaue City, Cebu on Thursday evening (October 25).
The arrested persons were identified as Kimberly Pregoner, 35;  her live-in partner, Jovith Deguito, 38; Brigido Flores, 23; and Julius Lepitin, 42. 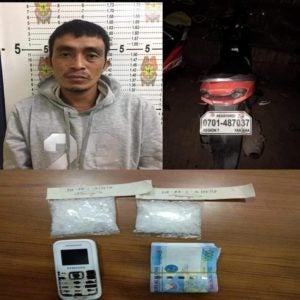 Police were able to confiscate six big packs of suspected shabu weighing 150 grams. The seized shabu has an estimated worth of P1,770,000.
Authorities also recovered lists containing the names of persons whom the suspects have supplied shabu.
According to the list, the suspects have paid an alleged hitman with an amount ranging from P2,000 to P3,000 to dispose every person who cannot remit the proceeds./END

Read Next
Double burden on commuters