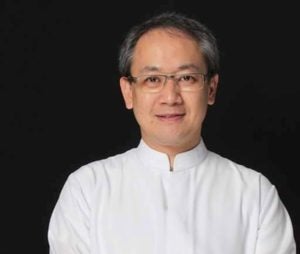 The Synod on Young People, the Faith and Vocational Discernment will conclude on the 28th of October.

Even before it summarizes all the rich reflections and resolutions into a formal document, it has already proposed an even more powerful message: saintennials!

In the Synod, Pope Francis came up with a list of exemplary icons of holiness.

They come from different walks of life, but most share in youthfulness!

Here are a few of these inspiring saintennials.

• Thérèse Deshade Kapangala – 24-year-old girl from Congo. She was about to join the Congregation of the Holy Family but died saving a girl by shielding her from the shots fired by the army on protestors.

• Hungarian priest Janos Brenner – The Communist dictators were suspicious about his apostolic zeal. Two weeks from his 26th birthday Janos was killed in an ambush while taking communion to the sick.

• Monste Grases – an apostolic-celibate member of Opus Dei. She was very active in sports, music and theatre. She died of cancer before her 18th birthday. Despite the cancer, she was filled with an optimism and joy that infected those around her.

• Italian Carlo Acutis – died in 2006 at the age of 15. He was a teenager passionate for computer science and webpage design. His funeral was attended by numerous poor people whom he had secretly served by bringing them food and clothing.

• Gianluca Firetti – a farming expert and football player. At 18 they discovered a tumor, but he lived with faith and optimism.

• Chiara Badano – A rebellious but generous teenager. At her confirmation she asked for the gift of loving the most unfriendly people. She died peacefully at the age of 18.

• Chiara Maria Bruno – student of chemistry and pharmacy. She died at 25 and never lost her smile. Her only fear was to die far from Christ.

• Carlota Nobile – studied art history and played the violin. She loved to write and was a blogger. She was converted while listening to a homily by Pope Francis. She went to confession and took her faith seriously. She died the same year at the age of 24.

• Chiara Corbella Petrillo – In her third pregnancy, she was diagnosed with cancer. She postponed the therapy as not to endanger her child’s life. She died in 2012.

• Nunzio Sulprizio was an orphan. Nunzio learned his uncles’ blacksmith trade, but the work was too hard for a boy his age and his leg got infected and became gangrenous. He died at 19, offering patiently and serenely his tremendous pains to God. Interestingly, Nunzio was beatified by now St. Pope Paul VI in 1963.

These saintennials encourage and spur us on to firm up our desires to also become saints.

Sadly, some may still give the following excuses for not aspiring for ‘sanctity’:

a) “I am a sinner.” The most common excuse given. But there were no saints who were not sinners. All of them, with the exception of our Lady conceived without original sin, had to struggle against the same disordered passions and tendencies everyone constantly
experiences.

b) “I am too young or too old.” Holiness has no age! What matters is corresponding to God’s invitation to intimacy and a mission here on earth. The saintennials demonstrate that it’s never too early nor late to strive for holiness.

c) “I don’t have enough spiritual knowledge or experience.” Again, like age, the job description for holiness doesn’t cover what a person knows or has. Holiness is God’s work and there is nothing in man’s power or knowledge that could make him become holy. Man’s only role is to desire and correspond to God’s grace.

The only excuse, and the greatest misfortune is not to want to be a saint!

Like the saintennials, let us resolve to be holy where we are, as we are and how we are, but always trusting in God’s will and mercy to forge our
holiness.