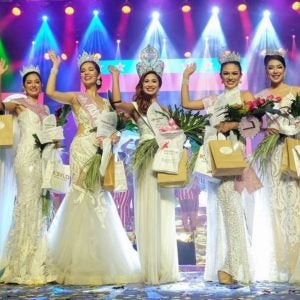 After the video of Ms. Consolacion 2018 Shara Angela Servande championing the cause of gender equality during the pageant’s question and answer portion went viral, she is now preparing for her future projects for the LGBTQ community in Cebu.

For the 20-year-old beauty queen, she plans to tap local government officials to support projects that will showcase a “holistic” view of the society and those that extend to the vulnerable sectors of the society.

In the question and answer of the pageant held last October 27, the top five contestants responded to the question: “In today’s world, is humanity headed in the right or wrong direction?”

As of press time, the video uploaded by Facebook user Jayjay Jimenez has garnered more than 2.5 million views.

“Being a woman who upholds the value of seeing positivity in everything, I focus on showcasing the beauty and appreciation we have for humanity,” Servande said.

From a mere spectator of the previous pageants in her hometown of Consolacion in northern Cebu, what encouraged her to join this year’s beauty tilt in her town is her desire to uphold equality in the society.

“LGBTQs are widely accepted in various workplaces here in Cebu, specifically in the business process outsourcing industry and restaurants. This shows that gender is not a hindrance in a person’s ability to work,” Servande said.

Servande added that this is her first major beauty pageant, aside from the three minor ones she has joined before, namely Little Miss Windfields in 2003, Ms. Carolinian Leader in 2016, and Ms. Consolacion in 2018.

As a graduating BS Psychology student at the University of San Carlos-Talamban campus, Servande is confident that she can juggle her responsibilities well.

“I will continue to manage my time wisely the same way I did during the pageant experience and finish all my school deadline within the weekdays for me to focus on Miss con responsibilities on the weekends,” Servande said.

Read Next
In Focus: Ending violence against women