Yolanda: Pictures of a tragedy 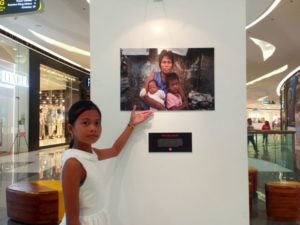 Jacqueline Francisco, 12, shows a photo of her mother and two younger siblings in front of their shanty at the coast of Anibong District, the most severely-hit area of Tacloban City.

Five years after Super Typhoon Yolanda’s trail wrecked Anibong District, the most gravely affected part of Tacloban City, survivors continue to cry for help to get back on their feet.

For some children of the district’s Barangay 68, their stories and struggles are best told through pictures of what their community has become half a decade after.

John Rey Dela Rosa, a grade nine student and a survivor of Super Typhoon Yolanda, learned to capture photos in 2016 when a group of young professionals came to their place.

That was his first time to hold a camera.

From then on, John Rey started taking photos of the houses and shanties built on the coast right behind a “Tsunami Hazard Zone” signage in their area and children playing at the bay where many of the members of their community died during the storm surge in 2013. 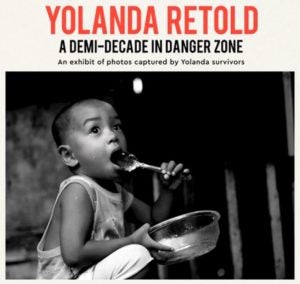 One of the posters of the exhibit. Photo courtesy of Postcards from Disasters.

“Sa mga photos ko, gusto kong ipakita na hindi safe ‘yung lugar namin pero nandoon pa rin kami kasi wala naman kaming ibang pupuntahan (Through my photos, I want to show that our place is not safe and yet we are still there because we have nowhere else to go),” said 18-year-old Dela Rosa.

Coming from a sector which he described as “laylayan ng lipunan (fringes of society),” Dela Rosa said they are left with no choice but to continue their long wait for relocation five years after the tragedy.

“Pangarap ko na maibigay sa amin ‘yung mga bahay na mas safe kami. Pangarap ko para sa aking pamilya at sa Tacloban [City] mismo, na sana mabuhay kami ng maayos ‘yung hindi kami matatakot na may bagong Yolanda na naman tapos nandito pa rin kami (I dream that we will be given housing where we are safe. I dream this for my family and Tacloban itself so that we can live peacefully without fear of another Yolanda and yet here we are),” Dela Rosa told Cebu Daily News in an interview on Thursday, the 5th anniversary of the tragedy that claimed over 6,000 lives.

The stories of survivors like Dela Rosa have fueled Julie Nealaga, a production artist, and a group of friends to start the advocacy Postcards from Disasters (PFD) in 2016.

PFD is a campaign for awareness on the real status of Yolanda-hit communities.

Nealaga said they want to empower the survivors to ask for the government services that are due to them.

Recent data obtained by PFD from the National Housing Authority (NHA) revealed that of the 205,000 housing units for Yolanda victims in the Visayas region, only 92,000 units have been completed.

Of the number, only about 59,000 had been turned over to beneficiaries.

“We are here to create awareness na after half a decade, ganito pa rin ang kalagayan nila. Sana ngayon na the call is from the community, mas tumatak sa gobyerno. Alam natin na mahirap sila pero hindi nila deserve ang ganitong tulong na mas mapahihirapan pa sila (We are here to create awareness that after half a decade, the situation remains the same. Hopefully, the call now from the community will be heard by government. We know that these people are poor but they don’t deserve this kind of help that actually makes things even more difficult for them),” Nealaga added.

PFD has been sponsoring storytelling and photography workshops for Yolanda survivors since 2016 to help them tell stories of their struggles from the perspective of community members, especially the youth.

“The youth have the power to change the system. They should be empowered,” said Nealaga.

Jacqueline Francisco, 12, is one of the children who underwent PFD workshops. 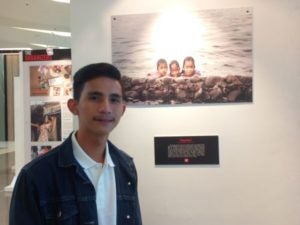 John Rey Dela Rosa, 18, shows a photo of children swimming on the coast of Anibong District where many of their community members died during the storm surge caused by Super Typhoon Yolanda in 2013.

Francisco, her seven younger siblings and their parents live at the coast of Barangay 68, Anibong District.

From a timid and shy girl when PFD started, Francisco is now able to share her dreams and aspirations for herself and their community.

During the 5th year commemoration of the most disastrous typhoon that trailed the Visayas, a photo exhibit at the Cube Wing of SM City Seaside was launched.

The exhibit which shows photos of Anibong District taken by Dela Rosa, Francisco and other children trained by PFD will be open for a month or until December 8.