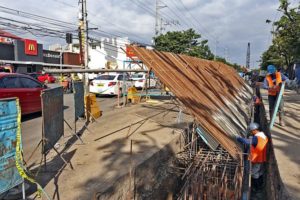 Commuters of the southern portions of Cebu City can breathe now from traffic woes as the sideroads of N. Bacalso Avenue where the Mambaling Underpass is being constructed will be opened starting November 24.

The Department of Public Works and Highways in Central Visayas (DPWH-7) has confirmed this development.

“We’re no longer expecting any traffic rerouting once the side roads will be opened. And we’re expecting traffic there to improve,” said de la Cruz.