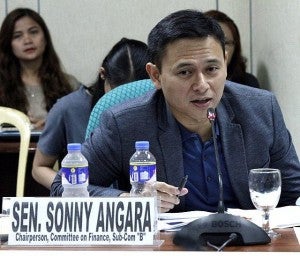 The country’s Free College Law is set to get a bigger allocation of P51 billion in the 2019 national budget, said Senator Sonny Angara.

From an allocation of P40 billion this year, next year’s funding will already be increased by P11 billion, he said.

Republic Act No. 10931 or the Universal Access to Quality Tertiary Education Act mandates the creation of a Tertiary Education Subsidy (TES) that aims to cover allowance for books, supplies, transportation, board and loding, personal computer or laptop, and other education-related personal expenses for college students coming from poor families.

Angara who was in Cebu on Friday said that with the P27 million allocation for TES in 2019, the Commission on Higher Education (Ched) assured that around 500,000 poor students from both public and private higher education institutions will get to avail of up to P60,000 in financial assistance.

Angara, who is a staunch advocate of educational reforms in the country.

Read Next
Corruption: An election issue